Parts of Southern California are pretty wet right now after rains have plummeted the region. In fact, parts of California went from barely having any water at all in a historic drought to over 216% the average rainfall in just four months. via the LA Times:

Sunday’s huge storm — which dumped nearly 4 inches of rain in some areas — is part of a wetter trend that began in the fall. Since Oct. 1, downtown L.A. has received more than 13 inches of rain — 216% of normal for this period, which the National Weather Service said was 6.26 inches.

As the saying goes — No rain, no rainbows. Have to respect the bro in the video above using the flooded-out streets to get his Kenny Powers on. That’s just how Bros roll in the rain. 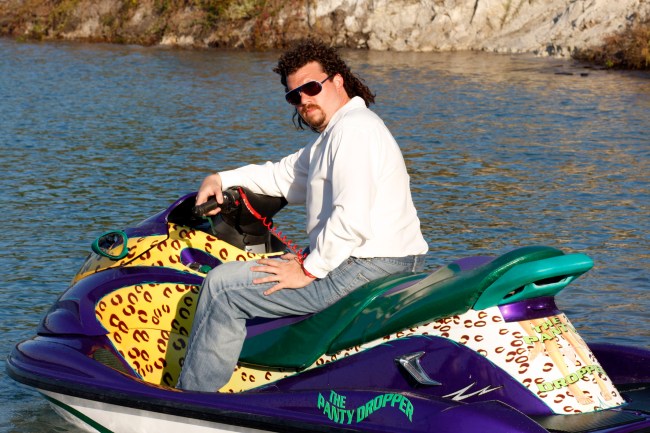