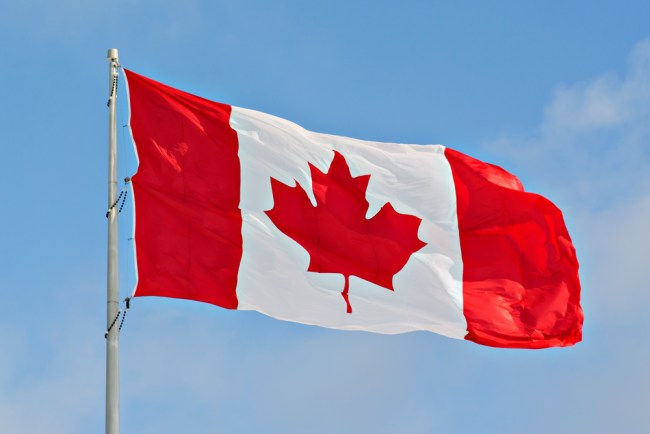 There are several people living in the U.S. with the name Donald Trump who aren’t the President of the United States. They just threw the short straw and got stuck with the same name of the man who has access to our entire nuclear arsenal. There are literally COUNTLESS dudes out there named Michael Jordan, but there’s only one Jump Man.

Lorne Grabher of Nova Scotia has been rocking his vanity ‘Grabher’ license plate for quite some time, an homage to his last name of Grabher. But Canadian authorities revokes his plate under the presumption that it was a nod to Donald Trump talking about how he can grab women by their pussies because he’s a celebrity (via CBC.ca):

Lorne Grabher is of German heritage. He said he bought the plate as a gift for his father’s 65th birthday. His father passed away in the 1990s and the plate has remained in the family.
Last December, he received a letter telling him the plate would be cancelled in January because the public cannot be expected to know it is his last name and “can misinterpret it as a socially unacceptable slogan.”
“I was taken aback. How can you say my name is a slogan when it is not?” Grabher told CBC News.
“Where does the province of Nova Scotia and the government of Nova Scotia get the right to discriminate against a person’s name?”
Grabher said his father taught his children to always be proud of their name and where they come from.
He was even more offended by an email sent to CBC News by a spokesman from the Department of Transportation, Brian Taylor. It said: “A complaint was received outlining how some individuals interpret [the name] as misogynistic and promoting violence against women.”
The email went on to say, “With no way to denote that it is a family name on the plate, the department determined it was in the public’s best interest to remove it from circulation.”Grabher said this is very personal, not only for himself, but his children and grandchildren. He’s hoping someone will help him fight the government.
In the meantime, he has a Grabher licence plate his son sent him from Alberta. He’s put it on the front of his car. (via)

I feel like we’re looking at politics in a nutshell right here: something happens and people assume the worst, someone with the power to change things steps in and totally fucks it up without taking the time to learn the situation, and everyone ends up worse than they started and wondering ‘what the fuck just happened?’

I’m sure if the Department of Transportation rep had taken any time at all to realize that it was this driver’s last name AND an homage to his father then there wouldn’t have been an issue. They could’ve emailed the person who filed a complaint, briefed them on the situation, and that person would’ve felt like a dickhead for complaining about a person’s last name. As it stands, I’m sure the person who sent that email feels like an asshole for complaining about this person’s last name because they’ve undoubtedly seen this story by now. And Lorne Grabher ends up getting screwed over for absolutely no reason.

Whoever revoked this man’s license plate needs to be fired. For more details on the Canadian government’s response to this story, you can follow that link below to the CBC.