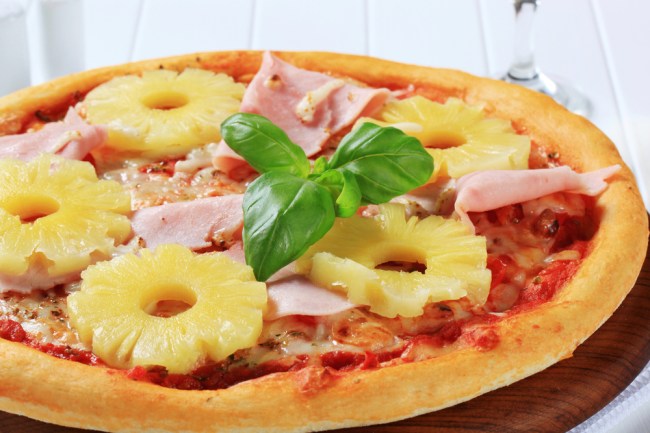 Truth be told, I have nothing against pineapple pizza. Do I like pineapple pizza? No, absolutely not. But I won’t rag on anyone for thinking it’s tasty because I do love me some delicious pineapple, and I can’t fault anyone for wanting to eat more pineapple.

I’m a pizza purist, though. The only things I want on my pizza are fresh mozzarella, a homemade red pizza sauce, and some combination of salami, pepperoni, prosciutto, hot soppressata, pecorino romano, and smoked buffalo mozzarella…I’m a simple man, and I like simple pizza.

The woman below ordered a pineapple pizza but the pizza chef just couldn’t bring himself to make it for her. Instead, he responded in the best way possible: 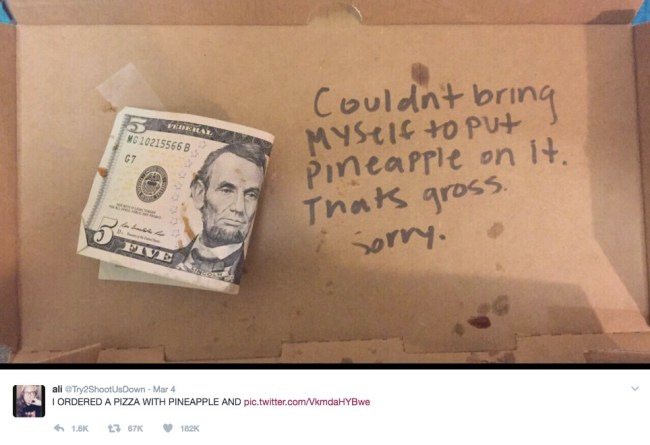 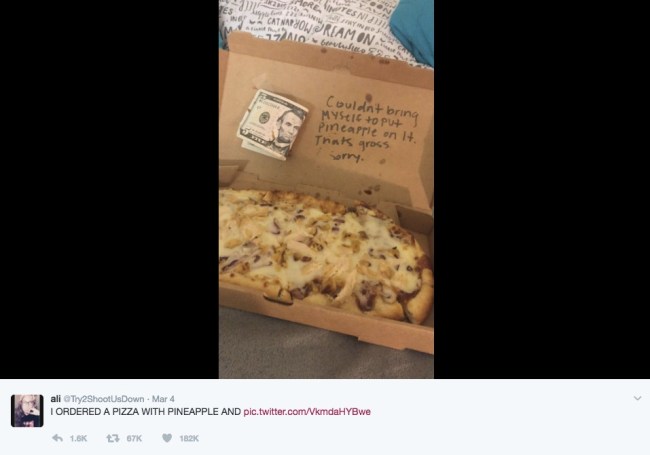 The woman who ordered this pineapple pizza sent out a tweet with the pics above, and that’s up to over 67,000 retweets in the past three days:

I ORDERED A PIZZA WITH PINEAPPLE AND pic.twitter.com/VkmdaHYBwe

Twitter appears to have become a constant battle of pizza-oneupmanship in the past few days/weeks. Yesterday, my co-worker Paul brought you bros this story about crazy mofos DUNKING THEIR PIZZA IN MILK. That’s straight up psychopathic behavior and I cannot support that. Furthermore, this ‘peas and mayo’ pizza is a borderline crime against humanity:

When did the world stop eating pizza in its purest form? Pineapple has its place in the world, peas and may do too. Why do people put them on pizza and gross out the Internet? WHY?! I demand answers.