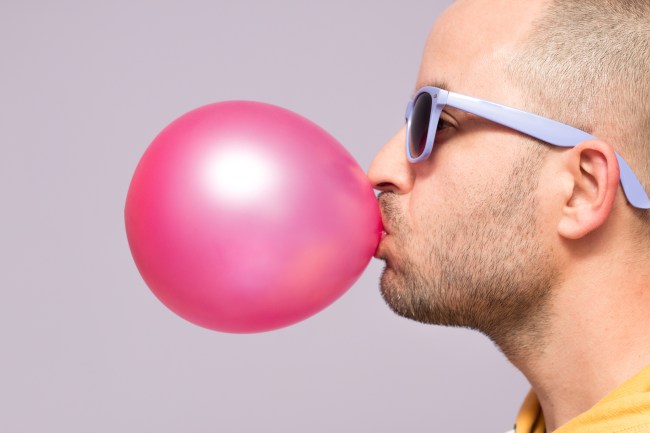 It’s plagued me for years. I pop in a stick of peppermint gum as a date starts to turn favorable and I am fighting off farty problems for the rest of the night. At first, I thought it was the 12 beers I guzzled on the date but overtime learned the culprit was the chewing gum. I’ve asked other people if gum makes their stomachs queazy and they look at me like I just told them I was vacationing to Syria.

But, now I have science on my side, so BACK OFF.

The act of chewing, without swallowing, can lead to bloating as you swallow air. As the New York Post details, your stomach will think there’s food coming and will release stomach enzymes used to digest food which can lead to gastric problems. For those of you who aren’t doctors ‘gastric problems’ means sharting.

But ripping ass isn’t the only problem gum brings about: peppermint is also known to repress testosterone, leading to a lower libido. At first I thought it was the 12 beers I guzzled on the date, but now I know that the stick of Orbitz is the reason why my Johnson won’t stand up on its own.

This post could very well be useless for everyone except me, but for those of you out there who are negatively affected by chewing gun, you’re not alone. DM me if you need to talk. Fight the farts.