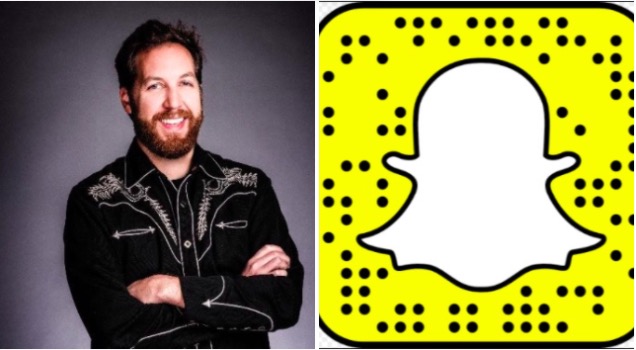 Snapchat’s recent IPO made a lot of people stupid rich. The IPO pushed the value of Snapchat to over $30 billion, despite it not making a cent in profit and losing $515 million in 2016. However, Snapchat sees over 2.5 billion snaps per day and the average user opens the app 18 times per day, a level of engagement that will undoubtedly have brands salivating.

Co-founders Evan Spiegel and Bobby Murphy made $272 million each from selling some of their shares, and now their net worth hovers around $5 billion based on the stocks first-day closing price. They are just 26 and 28-years-old, respectively.

One person who will not have the luxury of bathing in the Snapchat cash is Shark Tank special guest Chris Sacca. Sacca tweeted out a screenshot of an email that Snapchat co-founder Bobby Murphy sent him five years ago, one that he ignored. Regrettably.

I know one person who isn't getting rich in the Snapchat IPO. Hint: the guy who didn't reply to this email.

Congrats to everyone at $SNAP! pic.twitter.com/txk7SxSken

In a December interview with CNBC, Sacca revealed why he didn’t pay any mind to Snapchat in its infancy stages. The short answer: nudes.

“The Snapchat guys came up to me after a talk once, and I said I’m really flattered but the pics of your junk… really? So I passed. Later I told my business partner ten years younger than I am and he lost his mind. (He said) ‘do you realize what Snapchat is?’ That probably cost me a billion dollars or two,” Sacca told CNBC.

Wow, what kind of LOSER takes a pass on a trillion dollar company?! Oh wait, BroBible did. Fuck.

snapchat wants $10 billion. never forget when evan spiegel was just pitching brobible and we were like "da fuck?" pic.twitter.com/SWxKWmEcPH

Here’s our editor Brandon Wenerd talking about the one that got away. Props to Brandon for not breaking down in tears on air.

Did you know that @Snap CEO Evan Spiegel pitched to @BroBible in 2011? Editorial Director @brandonwenerd showed us the email. #CheddarLIVE pic.twitter.com/HkiagNmLw0

I could have been riding on a unicorn in Paradise right now, but instead I’m sitting in my cockroach infested apartment. Oh, the choices we make.