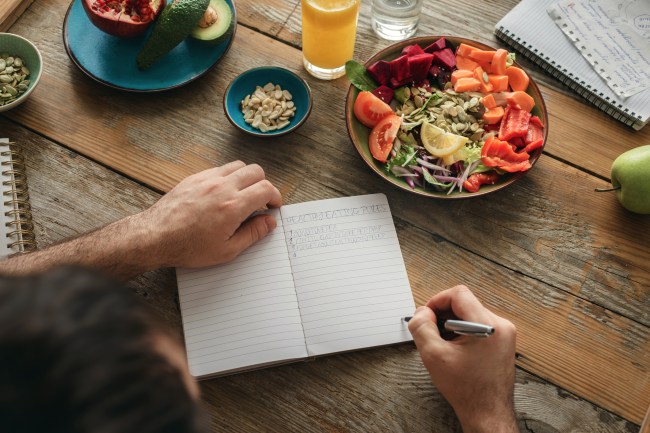 Tim Ferriss is a best-selling author, public speaker, and an entrepreneur worth over $20 million. He’s most known for his NYT best-seller The 4-Hour Workweek, and he’s been rubbing elbows with business elite for years now.

He’s shared these eating habits of the world’s business elite in his new book, and over on Thrillist they’ve grabbed 8 bullet points to make it easier for you bros to see how diet and success go hand in hand…I’ve only included 5 of the 8 diet habits of CEOs…to see the other 3 you’ll have to follow the link after the jump:

1) They add goat whey protein to their diets
Ferriss admits that the phrase “goat whey” isn’t whetting anyone’s appetites. “Goat whey protein, which sounds horrifically gross, is actually very innocuous,” he says. “It was recommended to me by Charles Poliquin, a famed strength coach, who’s worked with Olympic medalists in 20+ sports.”

2) They bake cookies
Ferriss refers to BJ Miller as “an expert in death,” in the book because he’s an advisor to the Zen Hospice Project in San Francisco and has “guided ~1,000 deaths.” You might be wondering what the heck this has to do with cookies.

3) They eat the same damn thing for breakfast every day
Ferriss also interviewed Seth Godin, a best-selling author of 15+ books and uber-popular blogger, for the Tools of Titans. In addition to his intense book writing schedule, Godin has also somehow carved out the time to start two companies as well. Because he is so busy, Godin reveals in the book that he eats the same thing for breakfast every day, because it’s “one more decision I don’t [have to] make.” His morning meal of choice? Frozen bananas, hemp powder, almond milk, dried plum, and walnuts thrown in a blender.

4) They drink Titanium tea to wake up in the morning
Titanium tea is Tim Ferriss’ special tea blend. It’s what you get when you combine the combination of Pu’er (an aged black tea), dragonwell green tea, coconut oil, MCT oil, and a turmeric-ginger blend.

5) They skip the coffee when looking for an energy boost
Ferriss talks about how he became super productive when he pretty much eliminated caffeine from his life. Keep in mind, he doesn’t think it’s the root of all evil — he believes it’s fine in moderation. But if you have too much caffeine (more than 400mgs per day, or about four cups of coffee), it can “adversely affect thyroid hormone output, which can contribute to long-term chronic fatigue, and can inhibit fat loss.”

Eager to see what the other 3 daily diet habits of the world’s most successful CEOs are? Just CLICK HERE to head on over to Lee Breslouer‘s article on Thrillist.

Naturally, I read that last blurb while sipping from my morning cup of coffee…Oh well. If you want to purchase a copy of Tools of Titans ($11 on Amazon) just follow that link.