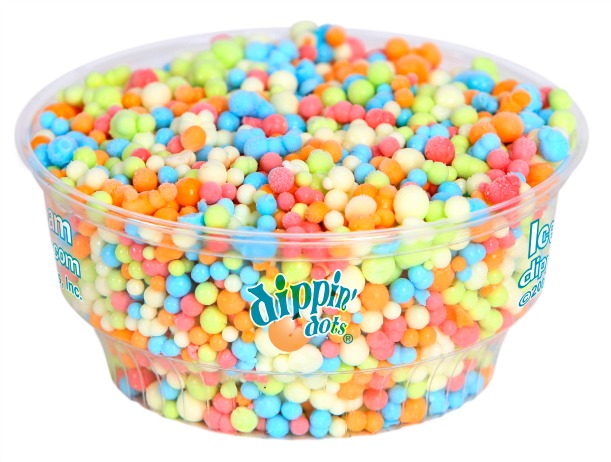 White House Press Secretary Sean Spicer really, really hates Dippin Dots, the so-called Ice Cream of the Future. Over the weekend Twitter surfaced some of his old tweets beefing against the brand.

Dippin dots is NOT the ice cream of the future

Now that Sean has a big fancy job title in the White House, the CEO of Dippin’ Dots teed up an opportunity to respond to the tweets. He did it with all class, too:

We understand that ice cream is a serious matter. And running out of your favorite flavor can feel like a national emergency! We’ve seen your tweets and would like to be friends rather than foes. After all, we believe in connecting the dots.

As you may or may not know, Dippin’ Dots are made in Kentucky by hundreds of hard working Americans in the heartland of our great country. As a company, we’re doing great. We’ve enjoyed double-digit growth in sales for the past three years. That means we’re creating jobs and opportunities. We hear that’s on your agenda too.

We can even afford to treat the White House and press corps to an ice cream social. What do you say? We’ll make sure there’s plenty of all your favorite flavors.

Sean seems to be coming around to the Ice Cream of the Future:

@seanspicer, let's connect the dots! We hope you and the @WhiteHouse take us up on our ice cream social invite 💓https://t.co/kmg5cNqpFe

Sorry for the delay How about we do something great for the those who have served out nation & 1st responders https://t.co/G9BPmVAXKS