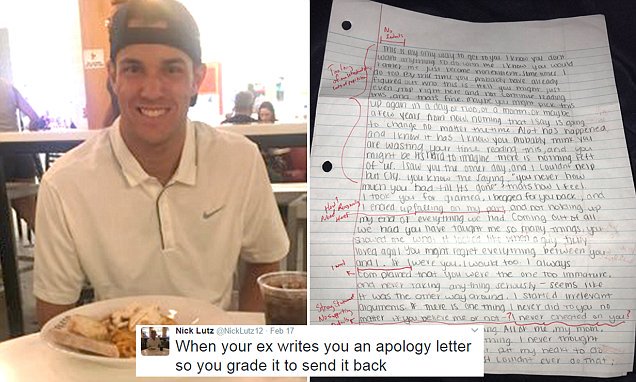 Some regretful chick out there in the world wanted to get back with her boyfriend so she wrote him a heartfelt handwritten letter. The boyfriend, Nick Lutz, wasn’t about to welcome her back with open arms so he dropped the motherfucking hammer on her by grading her apology letter like he was your 9th grade English teacher Mrs. Carpenter – red pen and all!

The ex-girlfriend wrote a wordy and rambling letter in an attempt to get in good graces with Mr. Lutz. Not only is Mr. Lutz not taking your groveling ass back, but he is also putting you on blast by pointing out your shitty grammar including your superfluous commas and dangling modifiers.

In the end, Nick did end up giving his ex-girlfriend the D. He evaluated her letter and gave it 61 out of a possible 100, making it a grade of D-. Nick, a student at the University of Central Florida, posted the graded letter on Twitter for the world to see and ridicule. It immediately went viral, garnering over 104,000 RTs and more than 308,000 Likes.

When your ex writes you an apology letter so you grade it to send it back pic.twitter.com/MczdjcCiil

She wrote, “I never cheated on you.” Nick marked this sentence with, “Strong statement. No supporting details to support your hypothesis.”

The savagery was abundant.

Besides getting internet fame, Nick may have landed himself a new ladyfriend. 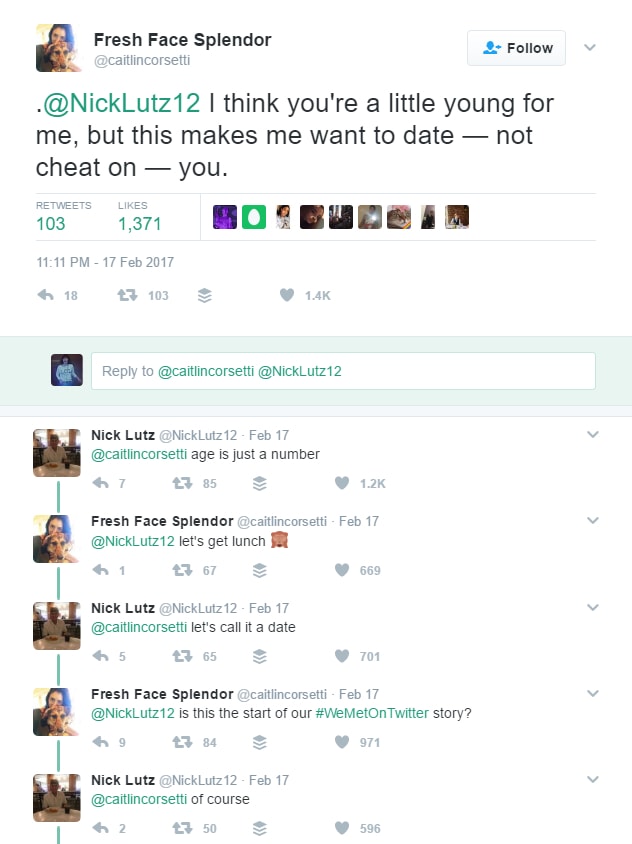 Class is in session and professor Nick is giving out free lessons.