Think You’re A Genius? Use These Ridiculously Hard Mensa Test Questions To Find Out 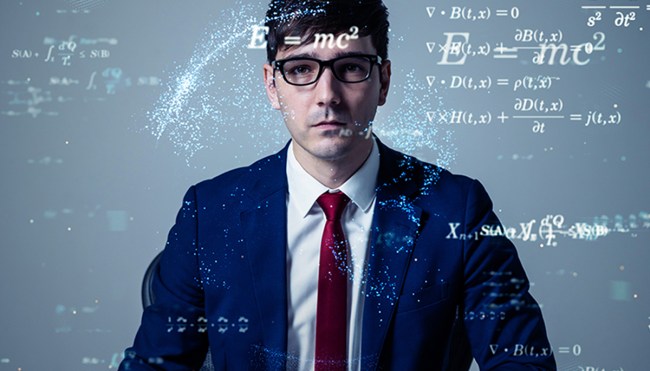 In 1946, a couple of guys who were probably a blast at parties founded what is officially known as Mensa International, an organization that limited its membership ranks to people with an extremely high IQ.

The exact standards for admission have evolved since it was founded, but if you want to become a member of Mensa, you must measure “a score at or above the 98th percentile on certain standardized IQ or other approved intelligence tests” used to establish the metric for what the club considers true genius. G

Given the society’s exclusive reputation, it shouldn’t come as a huge shock that the entrance exam is difficult as hell. I may not think of myself as  I genius, but I do enjoy riddles and crossword puzzles as much as the next guy, so I thought I at least fare better than most people after stumbling across a quiz Time put together based on questions Mensa uses as the basis of admission.

It’s safe to say I still overestimated my own abilities, as I quickly discovered the questions weren’t the kind of simple brain teasers you’ll find on a typical internet quiz; they require some serious thinking.

Don’t believe me? Well, here are the 10 questions in question that you can use to see how you measure up. My only real tip is to make make sure to take your time with these before locking in your answers and checking out if you were right.

1. What is the 4-digit number in which the first digit is one-fifth the last, and the second and third digits are the last digit multiplied by 3.

3. Which of the two words below is at least like the others? The difference has nothing to do with vowels, consonants or syllables: MORE, PAIRS, ETCHERS, ZIPPER

4. Tabitha likes cookies but not cake, likes mutton but not lamb, like okra but not squash. Following the same rule will she like cherries or pears?

9. Star with the number of total mittens 3 kittens lost, and multiply by the voting age in the U.S. What’s the answer?

10. There is at least one nine-letter word that contains only one vowel. Do you know what it is?

I may not have fared too well, but if you managed you answer eight or nine of them correctly (or even manage to nail every single one), you might want to think about signing up for the actual Mensa test. It’s worth noting that exam is longer (it tends to consist of around 60 questions), and there’s a good chance some of them may be harder, but hey, there’s no real harm in trying.