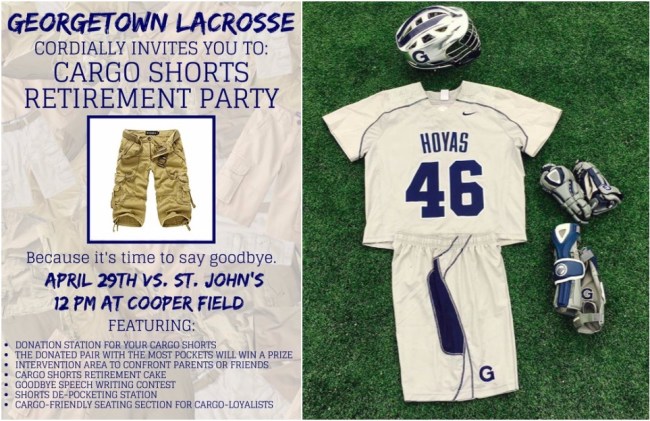 Cargo shorts. No single item of clothing has been more divisive for mankind since the beginning of time. You’re either adamantly anti-cargo and only rock above-the-knee inseam shorts or don’t get what all the fuss is about and will defend your right to wear cargos till the death. Over the years we tend to straddle both sides of the argument here at BroBible (…I’m adamantly anti-cargo, others are not), writing this a few years back.

Cargo shorts have a negative stigma. There’s no denying it. The battle over cargo shorts has waged in our little corner of the Internet for years. Many BroBible readers dating back to 2009 might remember the commenter wars that would break out over whether cargo shorts were Bro or not Bro in the Brommunity forum (common conclusion of those discussions: Giving a fuck about fashion is not Bro). We’ve had various stances on the issue: A few years ago David wrote a defense of cargo shorts, which TFM responded to with a counter-point. I have personally bashed them, but I think I’ve lost interest in caring anymore. .

The bottomline: Ultimate Lax Bro Brantford Winstonworth would never be caught dead in cargos. No self-respecting lax Bro would.

Now that spring has arrived in the Mid-Atlantic and Northeast, it’s officially cargos vs. regular shorts season. Which brings us to this amazing “retirement” party being thrown by Georgetown Hoyas Lacrosse. The D.C. school is embracing their WASP-Y reputation before squaring off against St. John’s, encouraging the fans to say goodbye to their cargos.

According to a Twitter from the school’s official athletic account, next Saturday the team will be throwing an official “Cargo Shorts Retirement Party” complete with a “donation station” and a “intervention are to confront parents or friends” There will be a “cargo shorts retirement cake” and “a prize” for a donated pair with the most pockets. There will even be a safe space for cargo loyalists not willing to part with their beloved shorts with an unnecessary amount of pockets. The invite is pure gold:

Next Saturday at @HoyasMLacrosse, we bid a fond farewell to Cargo Shorts, who is retiring after years of service. pic.twitter.com/wno0MB7qND 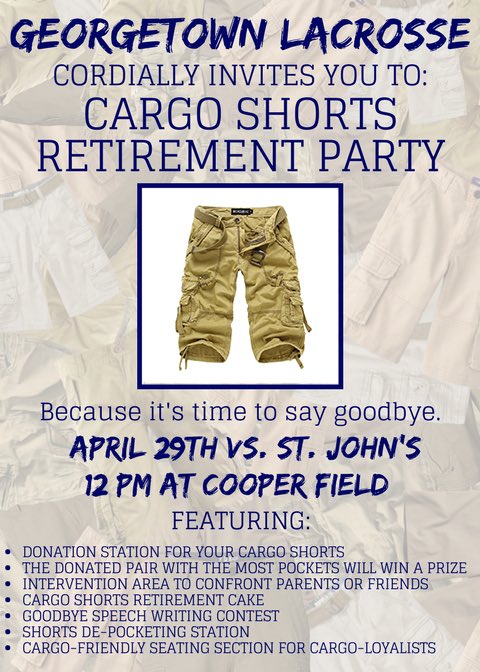 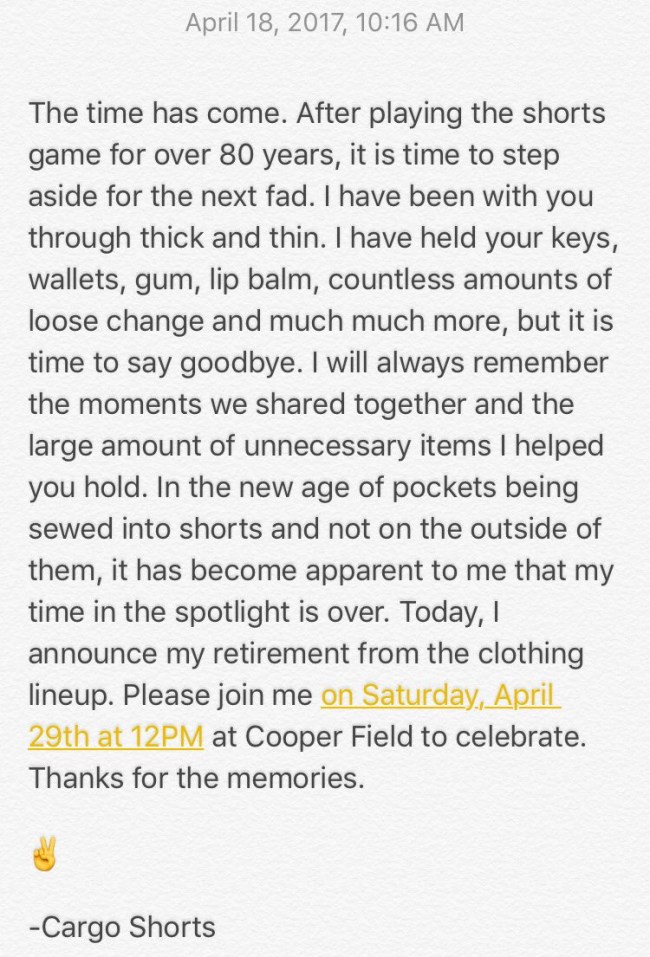 Amazing. And guaranteed to go viral. Hope Kevin James shows up to participate.

Also, an all-time classic from Chubbies while we’re on the subject: