Girl Accidentally Texts Boyfriend Her Plans To Cheat On Him, Twitter Loses Its Mind When He Shares It 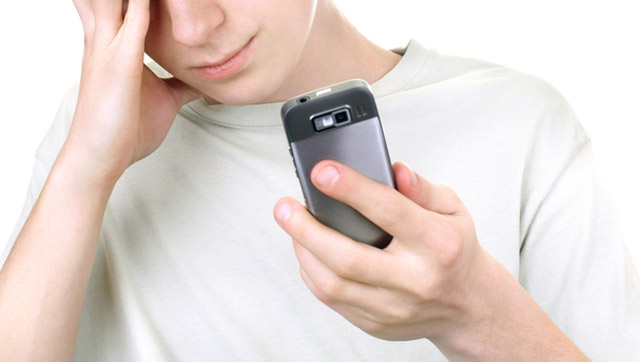 Once again we have yet another reminder that you REALLY need to make sure you have addressed your texts to the person you actually want to send it to and not someone you really don’t.

A week or so ago we had a guy who completely cockblocked himself by sending a text to the wrong person and now we have yet another texting horror story to share.

Today’s tale of woe comes to us from a bro named Jordan McNelly who shared a text message he received from his girlfriend detailing how she was going to have sex with someone who was not him.

When you accidentally tell your boyfriend you're cheating on him #2yearswithahoe pic.twitter.com/aPNeYtN4Mb

Here’s what it says in case you can’t read it or it goes away.

@darren_jochum1 @JordanMcnelly she'll be spending the rest of her days in the stony lonesome ✋🏿😤 pic.twitter.com/tgswyLizX6

@Slutphin @JordanMcnelly well, in all fairness at least you don't have to do any investigating. 😂

@JordanMcnelly Sick to my stomach at the idea that you could give a girl your all and she do this to you, homie. FDB 😹

@ChaboiJoee @JordanMcnelly we are with you Jordan. you don't deserve this

@JordanMcnelly She did you a favor.

People have also been really trying to find Zoe on Twitter to give her some shit, but have instead been bugging random Zoe’s…

I CANT STOP LAUGHING BC THESE PPL THINK IM THE ZOE FROM MY LAST RT pic.twitter.com/VRlmpRt8sq

So what was her excuse? Oh, it was a good one…

I deleted everything but she said it was a dream she had and she meant to send it to a friend. Called her a dirty whore & said block me back https://t.co/7YVDnoKOEM

That’s definitely one way to handle it, for sure.