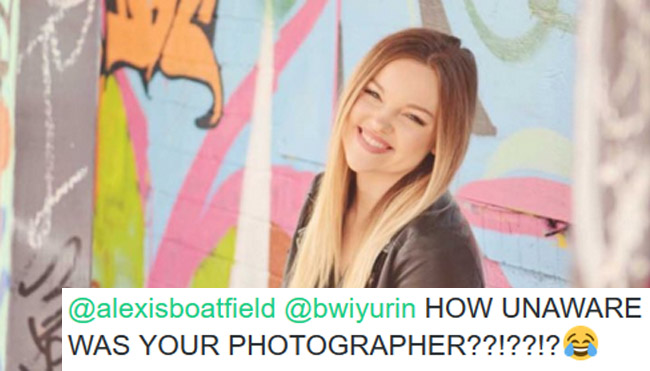 That being said, at least I didn’t suffer the same fame as this girl Alexis.

She thought that she had it nailed. A cute picture in front of some colorful graffiti.

But wait… is that.. yeah, that’s a giant dick drawn on the wall!

oh so no one was gonna tell me there was a big ass penis behind my head for my senior pictures??? pic.twitter.com/BTipCBB2Hl

Also, thanks to her photo going viral she’s come to find out that she is not alone.

@alexisboatfield i can relate, my hand is on one in mine 😂😅 pic.twitter.com/0JuAsESkHr

@alexisboatfield don't worry girl. I have one coming out of me pic.twitter.com/u1XEhKB0CL

@alexisboatfield 😂😂😂 here's a photoshop fix for what it's worth pic.twitter.com/HsbGvpbPP6