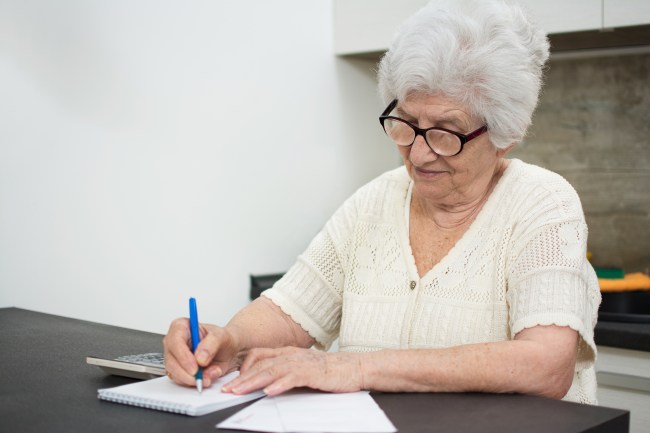 The great thing about grandmas is that they never miss a birthday. Granted, the card is usually filled with a fucking savings bond that you can’t take advantage of until you’re 40, but the gesture in itself is why we put up with old people smells, repeating answers to questions she’s already asked, and watching grandma eat. Watching grandma eat is a spectacle of atrocious proportions.

One bro, Henry Fraser, received a particularly interesting birthday card from his grandmother. On the surface, it looked like your everyday ‘Hey you’re my grandson and you’re great!’ snoozer of a card, but when you read between the lines, there is a dark, devastating message.

Got this birthday card from my grandma. The sentiment is beautiful, but she didn't realise what the card was trying to say! 🙈😂 pic.twitter.com/QbBFaj5d1C

Yo Henry, pretty sure your grandmother just called you a twat on the low, bro. Not trying to give you any ideas here but if my grandma did that, I wouldn’t hesitate to give her a little nudge down the steps. JK, love you grandma.

Props to that one card writer who became jaded after writing thousands of feel good cards and decided to go rogue. Your legacy lives on.

Also, Henry Fraser (the card recipient) is paralyzed from the shoulders down and has amassed a following from painting really dope pictures with his mouth. Give him a follow on Twitter to check out his stuff.