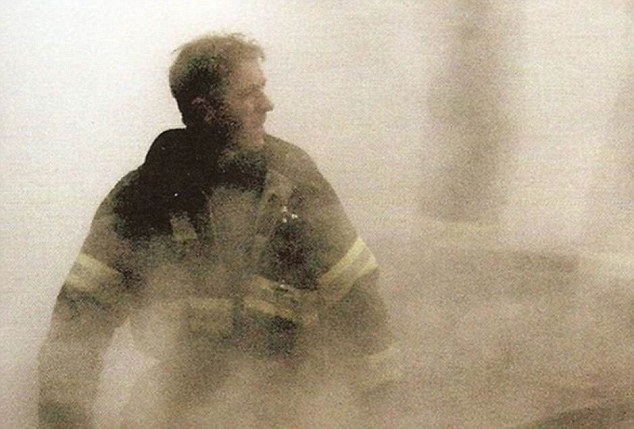 Firefighter Brian J. Masterson rushed to the smoldering Twin Towers on September 11, 2001. The brave member of the NYFD survived the tragic event despite both New York City landmarks crashing to the ground following the horrific terror attack. However, Masterson could not survive being subjected to the toxic air that permeated the area as he worked tirelessly for months at Ground Zero searching for survivors and then cleaning up the calamity that took the lives of 2,996 people.

Masterson died at only 61-years-old after battling esophageal cancer for the last two years. Masterson’s death stemming from exposure to the toxic air at Ground Zero is something that many firefighters have had to endure. Masterson became the 124th officer to die after breathing in toxic air. A report from last year stated that 5,000 people who worked at Ground Zero had cancer.

Firefighter Kevin Rooney of Engine Company 42 in the Bronx died from cancer on January 22. He was just 38-years-old, making him the youngest 9/11-related cancer victim so far.

“The number of firefighters and other first responders being diagnosed with cancer as a direct result of working so many days at the site of the Twin Towers has been constantly growing to this very day,” Christopher Ferry, Brian’s nephew, said. “My uncle fought very hard for two years overcoming the odds, and died on Sunday night with his family by his side.”

Masterson’s funeral was held on Friday at his home in Walden, New York, 68 miles north of Manhattan.

Brian J Masterson was originally from Lissavaddy, Co Longford, Ireland, and immigrated to the U.S. where he got a job with the New York City Fire Department. The father-of-three loved golf and running marathons.

If you would like to show your support of Masterson you can make a donation to the Lt. Thomas F. Healy Foundation, which offers financial assistance to members of the FDNY who have family members battling cancer or are themselves faced with this monumental challenge, or the FDNY Fire Family Transport Foundation, which assists the families of firefighters in their times of greatest need, in transporting firefighters, family members and department personnel to and from medical institutions both for care and family support. They are both foundations that Masterson supported.