Hunter S. Thompson On The Primitive Pleasures Of Doing Absolutely Nothing 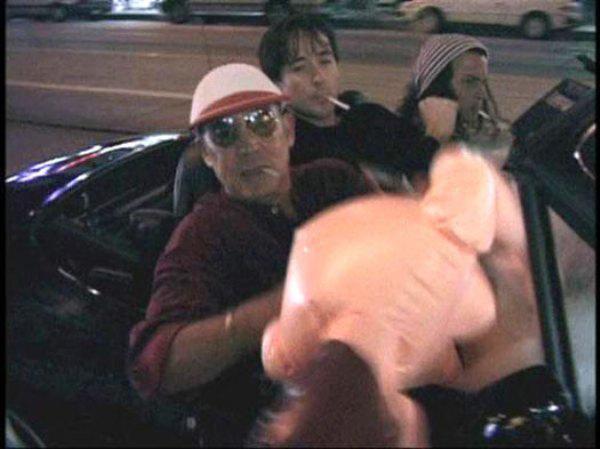 On February 20th, 2005, I came home from a late afternoon freshman English class at Penn State, fired up my clunky desktop computer, and saw in a news scroll on MSN.com that legendary American journalist Hunter S. Thompson had committed suicide. I instantly felt the wind taken out of my sails that evening — A big fan time fan of his ESPN Page 2 column and a long-time admirer of his career since my early high school years, I loved his commitment to speaking truth to power while still being the undisputed King Of Fun, from golf games on acid to ritualistic fireplace Christmas tree burnings to interviewing Keith Richards to the legendary stories of him interviewing Presidents, from Nixon to Clinton.

My fandom for Hunter led me to on some wild rides over the years. His legend continues to be intoxicating, perhaps even more so in an era of an Orwellian-esque Trump Presidency and “fake news” and “alternate facts.” It’s eerie how a Nixon-era quote from Fear And Loathing In Las Vegas can so easily be applied to the Trump Era news cycle of today.

“History is hard to know, because of all the hired bullshit, but even without being sure of “history” it seems entirely reasonable to think that every now and then the energy of a whole generation comes to a head in a long fine flash, for reasons that nobody really understands at the time—and which never explain, in retrospect, what actually happened.”

As much as Hunter’s legacy is defined by grinding behind an IBM Selectric I typewriter to file political dispatch after dispatch for Rolling Stone, it’s worth noting how much the journalist relished in the zen-like pleasure of doing nothing. It’s a life philosophy that pre-dates Office Space in the quest for doing nothing and it being “everything that I thought it could be.”

Enjoy. The world misses the hell out of you, Hunter: