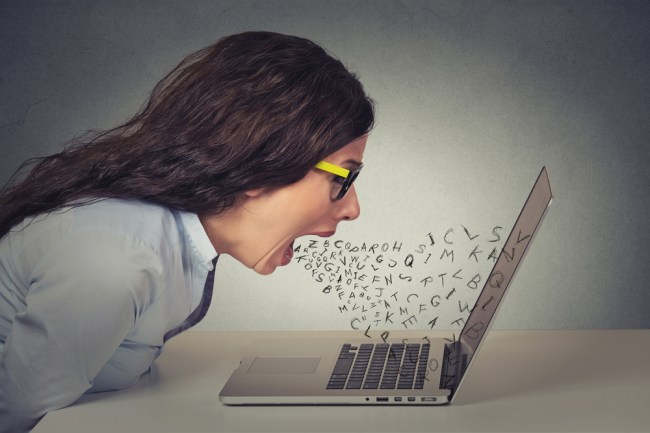 I don’t even want to waste time making jokes here. Refusing to eat meat (or any animal products) is the biggest joke on earth. I’m just here today to share this story of Imagine Vegan Cafe in Memphis who had a meltdown on Facebook because of a bad review. A review that called out the restaurant for having a naked baby running around and showing off his butthole to people eating food.

After initially deleting the posts because they were picking up thousands of comments, the social media meltdown eventually led to Imagine Vegan Cafe deleting their entire Facebook page. Thankfully for us, websites like Eater and Wonkette grabbed screenshots of the insanity. We make a lot of jokes about how insufferable vegans are, and they are often unbearable, but this story doesn’t have much to do with the fact that they’re vegan. This is a restaurant owner becoming unhinged because nobody wanted to see their baby’s butthole while eating at the restaurant.

It all started with this review about the naked baby butthole in the restaurant: 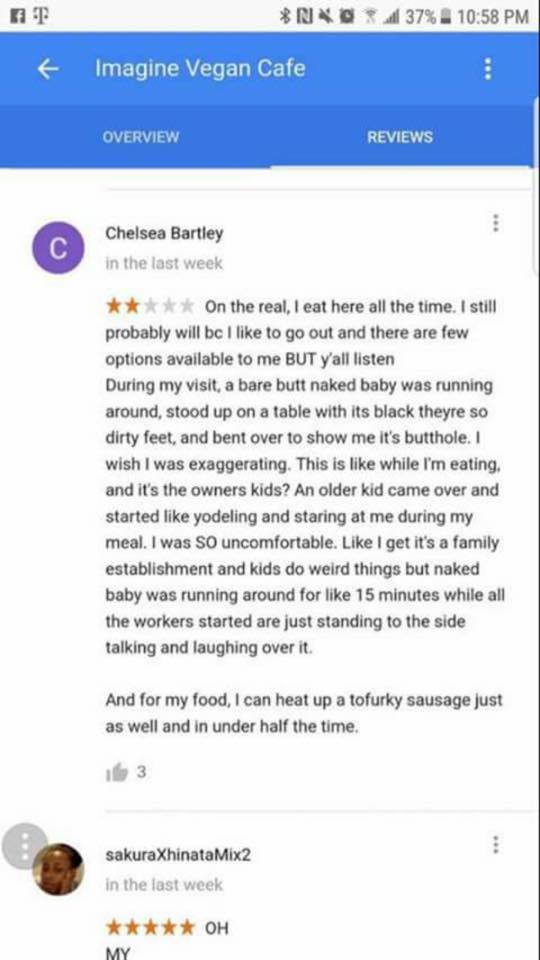 The owners were ‘triggered’ and went ‘vegan nuclear’ which is kind of like a toddler shitting himself in the middle of WalMart to get his way. Obviously, this backfired because it ended with the restaurant deleting their Facebook page: 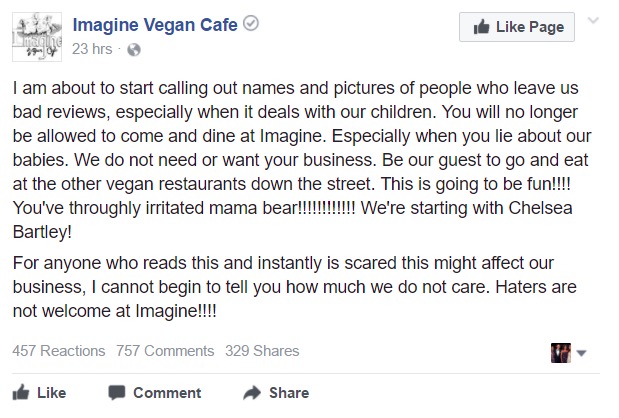 Instead of admitting they’d acted like total dicks and are insufferable vegans the finished it off with this Facebook post arguing why there were in the right and the customer is wrong for not wanting to see naked baby butthole while eating rabbit food: 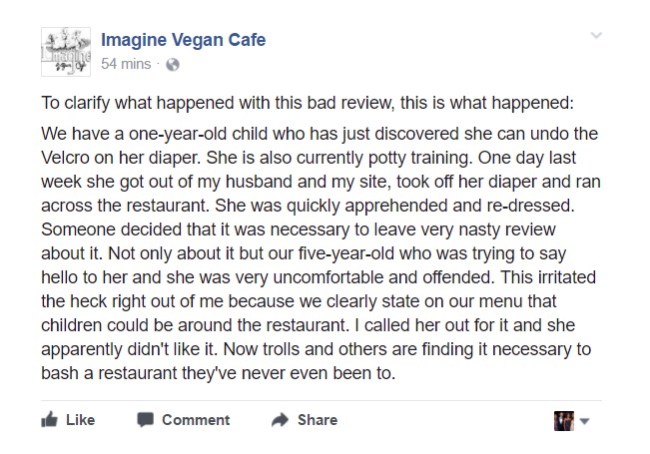 In the restaurant’s defense, they have a 4-star rating on Yelp with 180 reviews. The page is currently frozen by Yelp and put under an ‘Active Cleanup Alert’ because they’re probably getting bombarded with fake reviews. Still, 4-stars is respectable so they probably serve decent bird food. They should stick to cooking peas and tofu and lay off the social media abuse. Obviously, the latter isn’t working out so well for them.