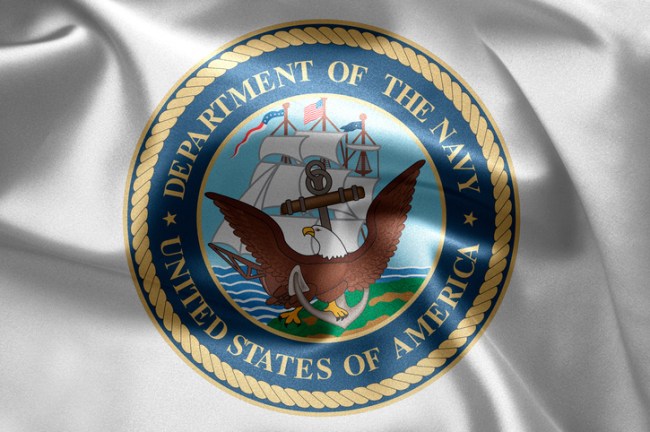 Jesse Itzler is a serial entrepreneur with countless successful business ventures under his belt. He once even pretended to be a rapper and ended up on MTV. He’s that level of smart and crazy. Jesse found his daily life drifting towards cruise control, he hired a rather unconventional trainer to get him off auto-pilot; an accomplished Navy SEAL widely considered to be “the toughest man on the planet.” But he didn’t just hire him, he asked him to move in with him and his family.

Jesse learned so much from the experience, he wanted to share it with others. His new book Living with a Seal: 31 Days Training with the Toughest Man on the Planet is out now and jam packed with helpful tips to motivate even the biggest slug.

I asked Jesse to sum up his experience living with the toughest man on the planet without giving too much away. Here are the lessons he learned while living with “SEAL.”

I first saw “SEAL” at an ultra marathon race in San Diego. I was part of a 6 person relay team that flew in the night before to compete and have fun. My team was in it for the camaraderie and the challenge, but mostly the camaraderie. SEAL didn’t have a team. There was no camaraderie. He ran the entire 24 hours, alone.

The race was unsupported meaning you have to bring your own supplies. We were loaded up. Bananas, drinks, food, massage table and tent. SEAL’s supplies for 24 hours: a fold up chair, water bottle and some crackers. That’s it.

There was something about this guy that intrigued me. Before the race he just sat in his chair with his arms crossed with a “don’t f%$k with me” expression. He had a determination and drive like I had never seen before. When the race started, he ran with a sense of purpose that none of the other runners had. Who was he?

I immediately googled him after the race and was fascinated by his story. He lost 100 pounds in three months to become a Navy SEAL and basically taught himself how to swim before training camp. He had no running experience, but became a world class endurance athlete. I had to meet him.

I tracked down a number and cold-called him in California. After a brief chat I decided to fly out and sit with him in person. About ten minutes into the meeting I was so impressed I asked him to move in with me (and my family) . . . for 31 days. I wanted to get in the best shape of my life, but I also wanted just a little bit of what he had. The grit. I wanted to understand what makes a guy like this tick. Most importantly, I wanted to get better in the various buckets of my life.

RELATED: A Retired Navy Seal Explains What You Should Do If A Gunman Ever Walks Into Your Classroom

I kept a detailed diary of my 31 days with SEAL and the response was overwhelming. As more and more of my friends told me that they found our experience to be motivating and inspiring, I decided to write a book (“Living With A SEAL”) of our journey. SEAL lives his life pushing his limits. The harder and more uncomfortable the challenge, the more rewarding it was for SEAL. He lives his life that way and some of that rubbed off on me.

Here are some lessons that stuck with me:

If it doesn’t suck, we don’t do it

SEAL wanted me to get comfortable being uncomfortable. His workouts were geared toward getting me way out of my comfort zone and pushing my limits. “It’s only when you learn what’s in your reserve tank that you can get better”, he would say. Now that SEAL is gone I still try to do something I don’t want to do everyday.

SEAL had one trait that I specifically wanted: consistency. There were no days off, there were no excuses and there was no slacking. Every day was an opportunity to get better. That said, the day always started with a lifelong good habit. He made his bed. Simple and easy to do, but it established a repetitive behavior he carried on in all buckets of his life.

One day on a long run I asked SEAL what he thinks about when he is running. His answer, “finishing”. There were many times I would question the responsibility of our workouts and he would simply say “Stop complaining. Everything ends.” SEAL had a unique ability to break big tasks down to smaller ones. Long runs were minimized to 10 minute intervals. “Get to the next 10 minutes” he would tell me. After MANY 10 minutes . . . the run would end.

While so many of us spend our lives trying to avoid pain, SEAL embraced it. It was his way of knowing that he pushed himself. One time after a 75 mile run I insisted he get his feet checked by a doctor. He had broken every small bone in BOTH feet. He just turned and looked at me and said, “No. I’m going to sit and enjoy the pain. I earned it.”

Through all the madness, SEAL insisted that I spend time each day with my family. Dinners were sacred. I once asked him what he would do if an intruder came into our house. He told me he would protect his primaries at all costs. When I asked who those were he said, “your wife, your son” . . . I was his third option.

Get a copy of Living With A Seal: 31 Days Training with the Toughest Man on the Planet and learn more about Jesse Itzler at the100mileman.com.