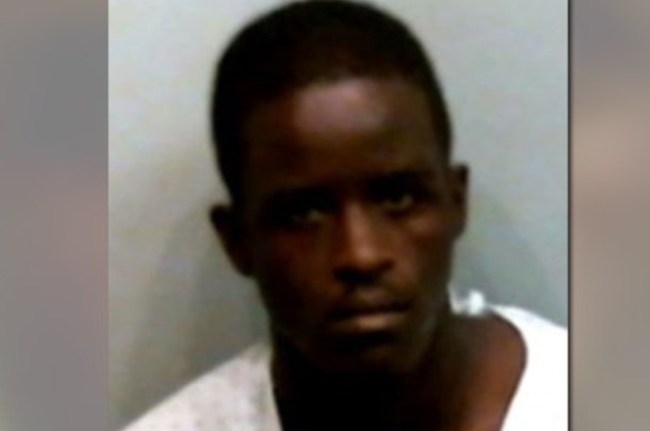 An Atlanta man is serving a life sentence plus 10 years for murdering someone over Hot Pockets. But not just any hot pockets, the pepperoni pizza ones. Dank.

Nathaniel Mathis asked his sister and her boyfriend, Rodney Benton, to pick up the Hot Pockets on their trip to the grocery store. But, as luck has it, the pepperoni pizza Hot Pockets were fresh out of stock. Mathis’s sister called him and broke the news.

When the couple attempted to buy other food for Mathis, his EBT card declined at the register. This prompted yet another call from Mathis’ sister, this time bitching him out for giving her a card he knew would be rejected.

When they got home, “the defendant was home and still upset when he approached the SUV”, a spokesperson for the Fulton County District Attorney said, reports NBC 11. Mathis approached the passenger side of his sister’s black GMC Envoy said, “You know what’s going on!” and shot Benton eight times.

Mathis then ran from the scene to a nearby Atlanta park armed with a .40 caliber pistol. He approached a woman in the park and asked her to deliver a message to his sister.

“I just snapped. I love her and didn’t mean for it to happen this way,” the woman later told police Mathis told her. She immediately called police.

Police were able to track down Mathis in the woods, where he was shirtless and pointing his pistol at his head. After two hours of negotiations, police shot him with a beanbag gun and took him into custody.

Mathis was found guilty of murder, possession of a firearm by a first offender probationer and criminal damage to property. He was sentenced Tuesday to life in prison plus 10 years.