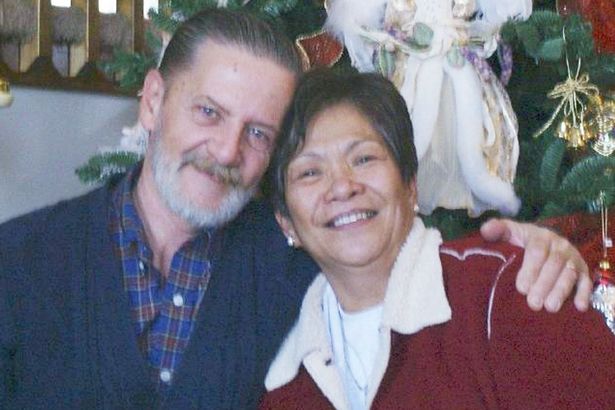 Lawrence Ripple tried to exchange his ole ball and chain for another ball and chain when he robbed a bank in an effort to get arrested and away from his wife.

The 70-year-old robbed the Bank of Labor in Kansas City, Kansas. Ripple gave a note to the bank employee that read: “I have a gun, give me money.” The bank attendant handed over $3,000, but instead of fleeing the scene, Ripple took a seat in the bank. When a bank security guard approached him, Ripple told the guard, “I’m the guy you’re looking for.” The guard took the money from him and held Ripple until police arrived.

Court documents show that Ripple said he would rather go to prison than live with his wife.

“Ripple wrote out his demand note in front of his wife … and told her he’d rather be in jail than at home,” an FBI agent wrote in the affidavit filed.

When he was investigated by authorities Ripple told him that he and his wife had argued and he “no longer wanted to be in that situation.”

On Monday, Ripple pleaded guilty to a federal bank robbery count. He faces up to 20 years in prison.

The Kansas City Star reports that Ripple’s wife accompanied him to court Monday.

To be fair, this is cheaper than getting a divorce.

Here’s the insane part. This is not the first time a man robbed a bank to get away from his wife. Back in 2009, 39-year-old Anthony Miller said he robbed a bank in Ephrata, Pennsylvania because he wanted to leave his wife. Miller approached bank tellers with a BB gun, asked for money, and then told them to call the police.