McDonald’s Addresses Their Busted Ass Ice Cream Machines Always Being Broken Down, Are FINALLY Fixing Them 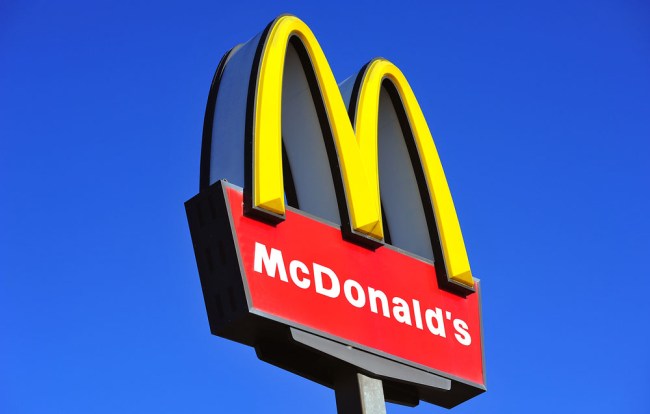 I honestly cannot tell you the last time I had a McFlurry from McDonald’s. I’m not in the habit of eating Mac Deezy too often, but when I’m there the thought of ordering a McFlurry doesn’t even enter my mind because I’m conditioned to think that the ice cream machine is already broken.

You might’ve noticed by now, but if you haven’t, I’m the guy at BroBible who puts out the ‘Best Damn Photos‘ picdump every single afternoon. The number of memes I’ve seen over the years regarding McDonald’s broke ass ice cream machine has primed my mind to just assume the machine is always and forever broken…As it turns out, McDonald’s knows this and they’re now taking steps to fix their busted machines.

Apparently, as it currently stands, McDonald’s ice cream machines are complicated appliances that require an 11-step cleaning process and constantly break. Nothing should take 11 steps to clean unless it is a rocket ship or some sort of priceless, complicated diamond that needs to shine like the top of the Chrysler Building for a potential buyer.
The fast food chain is switching out the current machines with brand new ones, ones that hopefully won’t break nearly as often. Hopefully. Apparently, even when the current machines are working, employees say that they are “broken” if the location has already started cleaning them for the night since it takes so long. Not the best process for a constantly-busy food chain to have to deal with. But good news is just around the corner for McFlurry fans, it seems.

11 steps?!? It doesn’t take 11 steps to change the oil on your car. Eleven steps is the level of complexity I expect from putting together IKEA furniture, not cleaning an ice cream machine at McDonald’s.

Thankfully, Ronald McDonald is fixing this problem and the world will soon be able to order McFlurries again without assuming the machines are already busted. I’d assume that McDonald’s will be doing a huge ad campaign around this change to educate the world that their machines actually work again, so I suppose that’s something we can expect to see in the coming days.