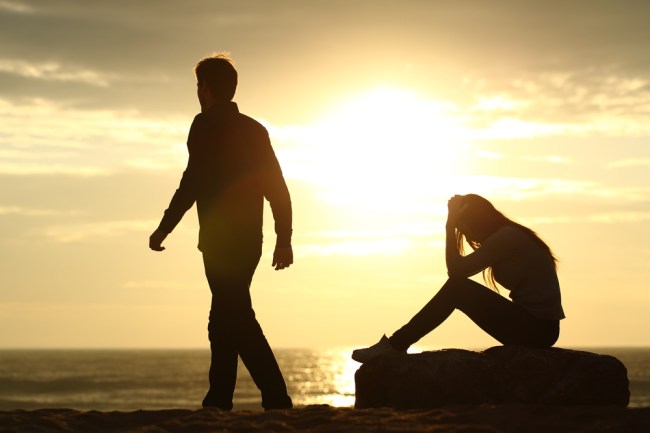 Breaking up can be hard to do sometimes, denying this is as foolish as saying the sky isn’t blue. I’m not here to counsel you in breakups and give you sage advice on how to get over the best punani of your lifetime, I’m just here today to tell you about a new app that does precisely that.

The app is called ‘Mend’, and it was built by a former Google engineer who went through a shitty breakup and suddenly recognized the need for an app like Mend.

How does it work? Let’s check it out (via the New York Times): 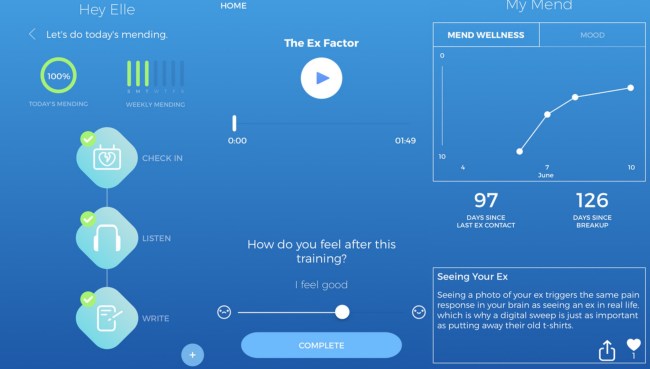 On the Mend app, users are introduced to an animated avatar of the Mend founder, Ellen Huerta, and her reassuring voice offers guidance on how to move forward, with topics like “detoxing” from your ex; redefining your sense of self — even how to get a better night’s sleep.
“It’s this charming and endearing voice of a friend,” Ms. Scinto said. “And there’s a line, ‘We never get tired of hearing about your breakup,’ and those words are like an oasis in the desert.”

Ms. Huerta, identified by the name Elle on Mend, found online sites that offer breakup advice to be disappointing, with generic insights like “It just takes time” or wearisome directives like “Post a photo on social media of yourself with someone new.”
She said she set out to build a better digital experience for the newly solo, where users could shake their feeling of helplessness and take action. As a former Google employee, she was familiar with the tech field and took her cues from fitness and brain-health apps. “We are taking those parts of our lives very seriously,” she said. “Yet we weren’t doing that with our love lives, which is at the core of who we are.”

The Mend App initially started out as a newsletter that was focused on helping the recently dumped recover from the shitty experience they were going through but the Google engineer soon realized that Mend could be so much more.

Since launching Mend less than a year ago, founder Ellen Huerta has seen an almost unbelievable level of growth. The app has been downloaded in over 100 countries worldwide. Mend is now being financed by Silicon Beach’s MuckerLab accelerator, an outfit which has invested in incredibly successful companies like Black Tux and TaskRabbit. This is a tech accelerator with MASSIVE financial power and a proven track record of success, so I’ll be SHOCKED if Mend doesn’t continue to blow up over the course of the next year.

If you want to download the app and check it out yourself, you can find the Mend App HERE in the Apple App Store, and you can learn more about the company over on their website.