Monopoly Is Killing The Thimble, Because America Thinks It Sucks 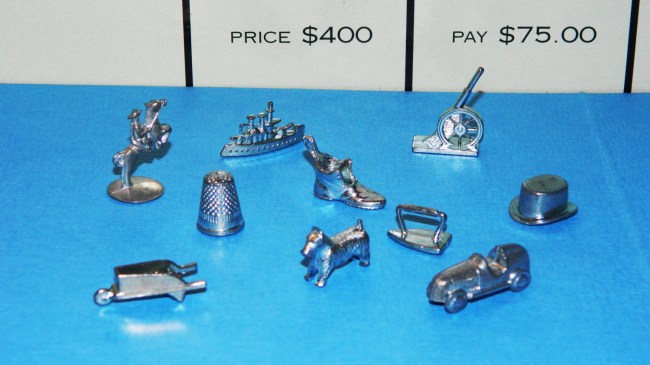 It’s 2017. And it’s about goddamn time that Monopoly murdered the Thimble. Its death has been long overdue. I’m willing to bet half of the population born after 1990 doesn’t even know what a thimble is used for. You know, other than as part of the crushing insult “thimble dick.”

Now, as much as the Thimble sucked, you have to appreciate its value as one of two Monopoly pieces that will emasculate your overly alpha male friends (the other was the iron). But the Thimble’s glory days of being the worst Monopoly piece are about to be over. People who buy the next generation of game going forward will enjoy a vastly different token experience, because during the month of January, Monopoly asked game lovers to vote on the new tokens that would be included in the next generation of the game. And that means unloved game pieces like the Thimble will meet their end.

During the “Monopoly Token Madness,” users were asked to pick from a list of 56 possible tokens for the new generation. Of those 56 (which included Hashtags and emojis) the eight tokens receiving the most votes will make up the new tokens. All of the new tokens will be announced on World Monopoly Day, March 19.