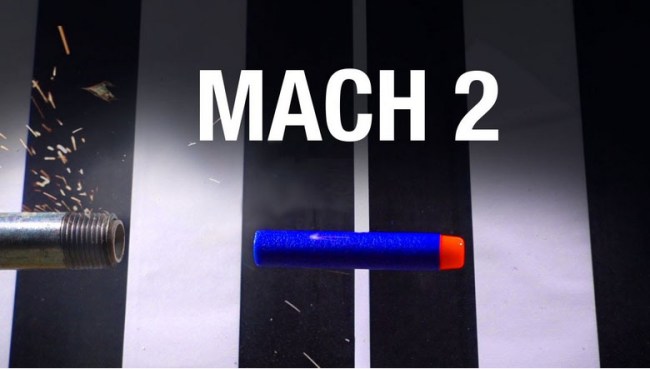 Who doesn’t love Nerf guns, am I right? They’re great for wars with your buds or just for annoying the hell out of your relatives or drunk friends.

That being said, have you ever wondered what would happen if someone dialed up a Nerf cannon that could shoot a dart at more than twice the speed of sound? That would be just a tick over 1,700 miles per hour for the math-impaired.

If you have wondered about that then wonder no more because some mad genius, Giaco Whatever, created an air cannon to do that very thing.

The result? Well, it busted a damn hole in this piece of wood before exploding into little Nerf bits… 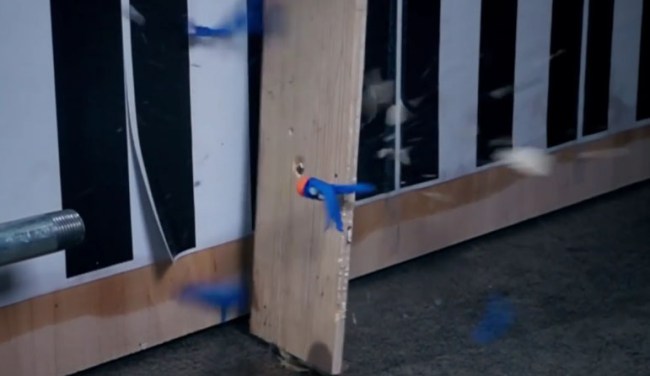 Yeah, that would probably leave a mark on a human being.

But hey, at least it wouldn’t be fatal, I think. Which is something I can’t say about his next attempt which involves trying to get a Nerf dart to fire at a speed of Mach 5.

Oh yeah, the best part? The fact that he shows other, probably way less qualified people, how to make one themselves!! Yay?

He also has more Nerf videos and other inventions that are perhaps even more insane. Check these out…