According to Duca, Shkreli had been attempting to contact her for the past few weeks about a date.

Duca told BuzzFeed News on Sunday that she has never met Shkreli, but that he has recently been tweeting about trying to date her.
“He has been harassing me for a while. It’s an ongoing thing,” she said. “He’s been actively tweeting about dating me.”
“I don’t know if he’s encouraging people to do this, but there’s been a small contingent of trolls telling me to sleep with him — but not that politely,” she sai

He then attempted to slide in her DMs.

I would rather eat my own organs pic.twitter.com/IgeCRZqk8w

And when she shot him down he cropped out a personal picture of Duca and her husband and placed himself in it.

How is this allowed @jack pic.twitter.com/Wof8MlYHTL

@DanaSchwartzzz @helfitzgerald @jack Like, that's a picture of me and my husband. I feel sick.

After being called out by Duca, Shkreli continued his trolling until he got the banhammer from Twitter. 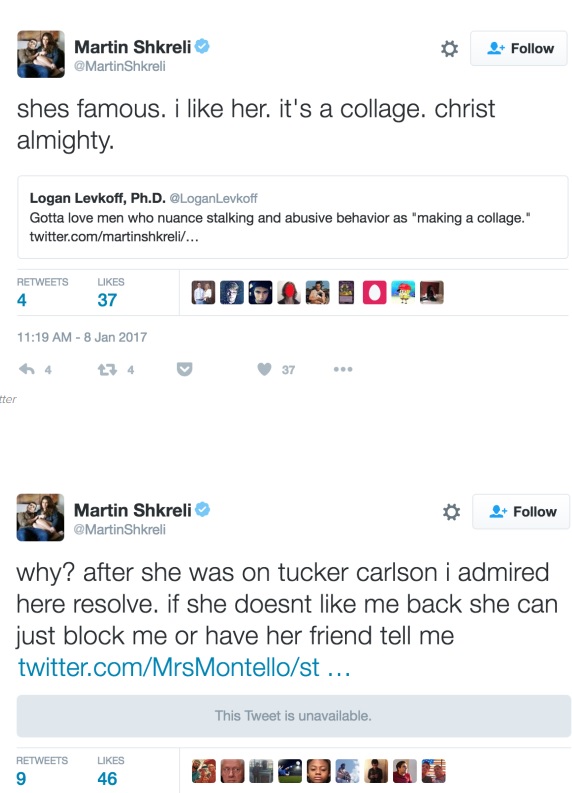 While Shkreli was trying to be funny but he just comes off as a weirdo slime ball.