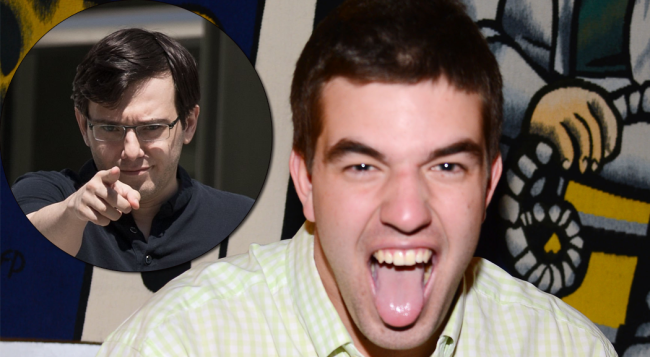 Wednesday was a big day for early prison releases. Not only did the infamous Pharma bro, Martin Shkreli, get out of the slammer, we also found out that Fyre Festival mastermind Billy McFarland also got out early.

McFarland had been incarcerated in the Milan Federal Correctional Institution in Milan, Michigan after receiving a six year prison sentence for multiple counts of fraud in 2018.

Now, according to TMZ, McFarland was transferred to community confinement in southern New York. Billboard reports that he is now at a halfway house under the management of Residential Reentry Management New York.

McFarland’s official release date from the halfway house is supposed to be on August 30.

He previously had petitioned for early release in 2020 claiming he was “particularly vulnerable” during the pandemic due to his asthma, but was unsuccessful.

McFarland’s attorney Jason Russo says his client is now focused on “what’s the best way to generate income to pay this restitution back and make amends.”

The court, at the time of his sentencing, also ordered McFarland to repay the $26,182,386 he attained with his various scams, including a ticket-selling scheme that failed.

“Any new projects that he does become involved in will be done solely for the purpose of generating the restitution for paying back his victims,” Russo added.

The fact that this news broke on the same day the Martin Shkreli was given early release from prison and also taken to a halfway house in New York led to numerous comical comments on social media.

Martin Shrkeli and Billy McFarland both got out of jail today and NYC are u ready for pharma bro fyre fest?

Prison probably had more amenities than the Fyre Festival.

Whew, child...it's about to be a scam ass summer.

Who’s releasing all the grifters?

Billy McFarland, Martin Shkreli and Elizabeth Holmes are all free right now.
Do I hear SuperGroup?

They will probably get together and form a new NFT company that funnels money to college athletes under the guise of it being NIL income.