Prepare To Be Astonished: NASA’s Cassini Spacecraft Captures The Most Detailed Photos Of Saturn’s Rings Ever

The most detailed and most spectacular photos of Saturn’s rings have been released by NASA and they are absolutely glorious. While soaring through the cosmos, the Cassini spacecraft captured these awe-inspiring images of Saturn’s main rings. These photos show the closest view of the outer parts of Saturn ever witnessed. The incredible images are extraordinarily detailed and clearly show objects that are as large as 0.3 miles, about the same scale as some of Earth’s tallest buildings.

During Cassini’s “ring-grazing” mission phase, the spacecraft found “propellers,” which are gaps in the material stretching thousands of miles which scientists believe are created by moonlets.

“At that time [when the spacecraft arrived in 2004], fine details like straw and propellers — which are caused by clumping ring particles and small, embedded moonlets, respectively — had never been seen before,” NASA said in a statement.

The photo below shows Saturn’s A ring, the outermost of the large, bright structures, which lies about 83,574 miles from Saturn. 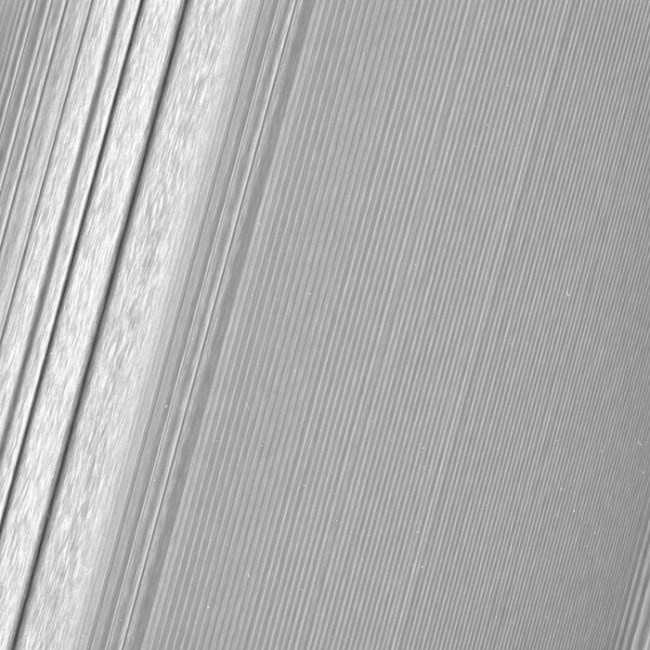 The rippled appearance is called the “density wave,” which is made up of icy particles that clump together into shapes that the scientists call a “straw.”

The photos are just not beautiful, but they also are scientifically significant because they suggest that the planet’s rings may actually be made up of millions of orbiting moonlets that were previously unseen. Scientists were aware that Saturn’s rings are comprised of ice, rocks, and dust, but now believe it also features moonlets, which start at the size of a house and range to a half-mile in diameter. 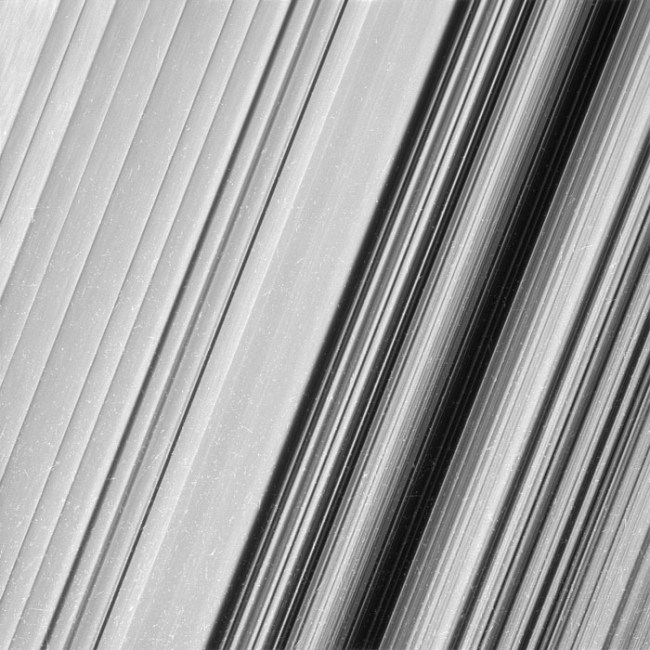 NASA is putting forth great effort to exploring Saturn because they believe that two of the ringed planet’s moons, Enceladus and Titan, could offer environments that could potentially sustain life.

“As the person who planned those initial orbit-insertion ring images, which remained our most detailed views of the rings for the past 13 years, I am taken aback by how vastly improved are the details in this new collection,” said Carolyn Porco, the Cassini imaging lead based at the Space Science Institute in Boulder, Colorado. 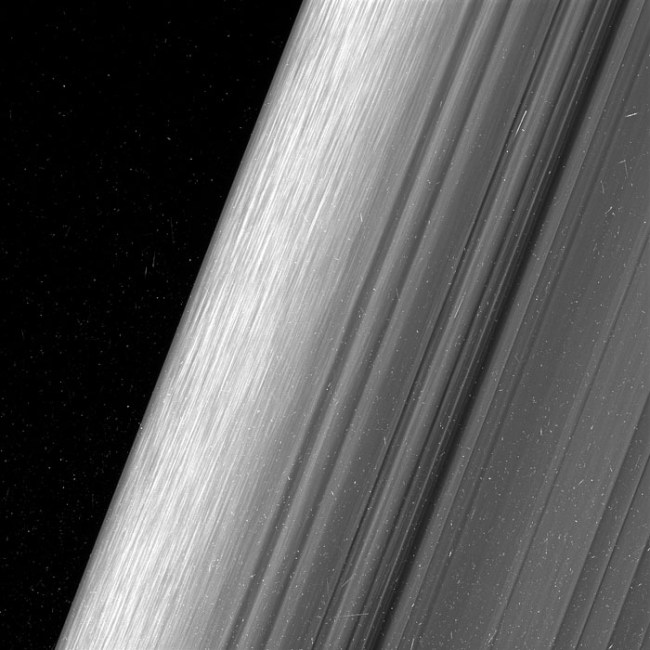 The almost 20-year-old spacecraft has dared to travel so close to Saturn’s F ring that small particles strike the spacecraft as it soars by.

“These are very small and tenuous, only a few microns in size, like dust particles you’d see in the sunlight,” Cassini project scientist Linda Spilker said. “We can actually ‘hear’ them hitting the spacecraft in our data, but these particles are so small, they won’t hurt Cassini.”

Cassini began diving towards the rings in November 2016, and the space probe is approximately halfway through its final 20 orbits. However, Cassini’s watch is almost over. The space probe’s journey will begin a “death spiral” on April 26 as it orbits closer and closer to Saturn. The “grand finale” will plunge the spacecraft through the gap between the rings and Saturn where Cassini will get a final look at the Saturn’s innermost rings and the planet’s gas clouds, before smashing into Saturn’s upper atmosphere on September 15, where it will burn up.

“How fitting it is that we should go out with the best views of Saturn’s rings we’ve ever collected,” Porco said.

So remember to pour one out for Cassini on September 15. 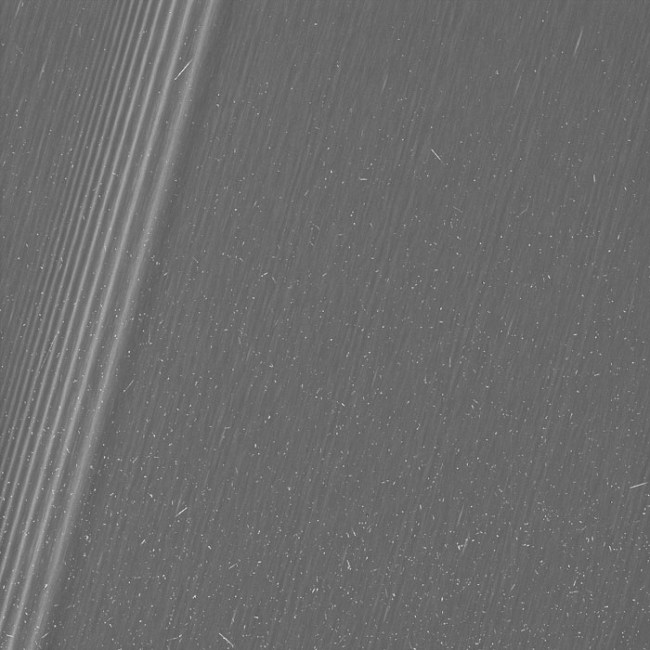