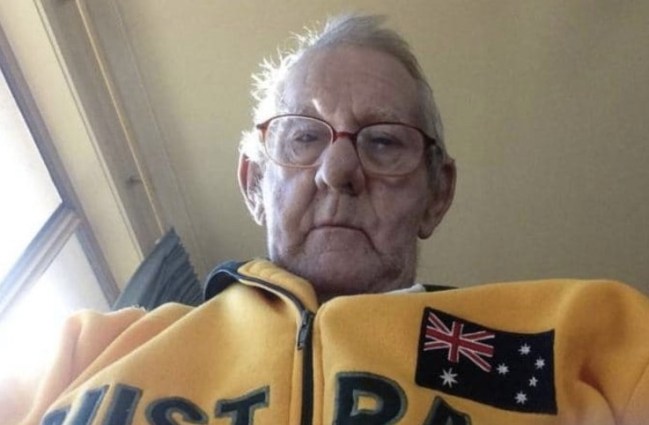 Ray Johnstone is a widower from Australia. He, like myself, loves fishing. For most of Ray’s life, his fishing partner was his wife, but he tragically lost her. Now, the lonely old man has gone viral after posting a personal ad on Gumtree (it’s like a British/Australian version of Craigslist) seeking to find another fishing partner.

Before we get to the incredible outpouring of love for this lonely old man who just wants to go fishing, let’s first take a look at the personal ad he posted on Gumtree:

My name is Ray Johnstone. Australian. I’m a widowed pensioner who is looking for a fishing mate. My previous mate is now deceased.
What I want is a fishing mate in a similar position to myself who also wants someone to go fishing with.
I am willing to share all costs, e.g. petrol, bait, and should you happen to own a boat (I am) willing to pay all ramp fees, but happy if you are also a land-based fisherman.
If you are interested contact me to arrange a meeting to see if we could get along with each other.

Under the ‘condition’ section of the personal ad he listed himself as ‘used’!!!

Ray’s story is obviously one that’s tugging at a lot of people’s heartstrings. Nobody wants to imagine a lonely old widower forced to go fishing by himself when all he wants is a fishing partner.

The outpouring of love for Ray has been tremendous. Women all over saying they’ll happily go fishing with Ray:

If I was in Adelaide, Mate. I'll drop a line tonight, just for you though. #illfishwithray

I hate fishing, but I would go every weekend and pack sandwiches and tea if I lived in Adelaide. Let's be friends. #illfishwithray

#Illfishwithray I dont know fishing at all, but will learn it for you my frnd

Meanwhile in Australia, everyone wants to be Ray's best friend. #illfishwithray

I've only been fishing twice in my life but if I lived in Adelaide, I'd definitely go fishing with Ray ❤️ #illfishwithray

Hey Ray from Gumtree! Come to #Canada I will take you catch and release fishing on the #FraserRiver for sturgeon. #illfishwithray

I've only been fishing twice in my life but if I lived in Adelaide, I'd definitely go fishing with Ray ❤️ #illfishwithray

Ray’s story has moved so many people since he first posted his ad to Gumtree that he’s even made the front page of his local newspaper and appeared on the local news:

WATCH: A lonely Lewiston widower has taken out an online advertisement in the hope of luring a fishing companion. @TomAngley9 #9News pic.twitter.com/wAMAgHs6qB

Someone has even started a GoFundMe for Ray seeking to raise enough $$$ to fly Ray over to Sydney so that he can spend some time fishing with old friends. That GoFundMe has already raised $1,300 and surpassed its initial goal of $1,000, so it looks like Ray’s going fishing!

I doubt Ray will ever read this, but if he does, I’d be more than happy to take him fishing here in Southwest Florida if he ever makes it this way. We’ve got the best snook fishing on the planet, and I’m sure Ray would make one hell of a fishing partner.