Guy Finds Out That His 24-Year-Old Female Roommate Murdered Her Boyfriend In Their Apartment, Goes Viral On Twitter 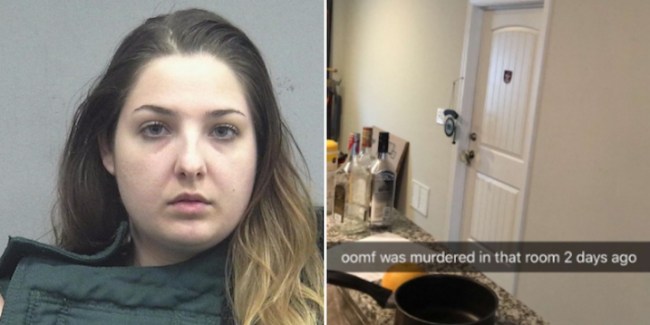 Here’s a WILD roommate-from-hell story from Gainesville, Florida (…of course, FLORIDA!). According to the Gainesville Sun, 24-year-old Katherine Jean Tonner is in the Alachua County jail for allegedly murdering her ex-boyfriend in her home. The body was discovered by a roommate in the living situation:

Tonner called 911 at 12:38 p.m. and reportedly told the call taker that she was at her parents’ home, was suicidal and had shot a man who had been badgering her for money. She reportedly told police he was dead.

Ortiz’s body was found by one of Tonner’s roommates. A police report said Ortiz had been living in the apartment despite the split.

The roommate told police he was in his third-floor room when he heard “three loud bangs” below him on the second floor. About five minutes later, he heard a fire alarm and went to investigate, the arrest report said.

He didn’t see anyone in Tonner’s room, but smelled a burning odor and saw her car driving away. He then checked again and saw Ortiz face down on the floor near Tonner’s bed.

Meanwhile, another male roommate started an active live-tweet of the ensuing police investigation. The folks at Elite Daily captured the tweets, with Twitter user @chaserojo giving Elite Daily the following statement: “I’m bad at reacting to serious situations so I thought I could just go to Twitter” and adding “they were dating ever since I moved in in August. IDK how long before that but apparently they broke up a week or two prior to this.”

The tweets are WILD: 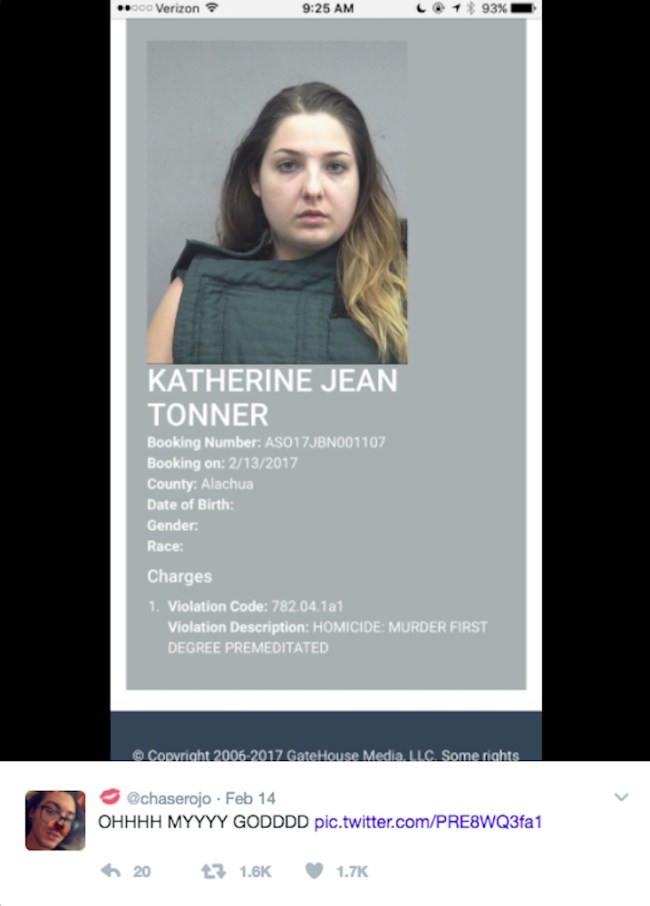 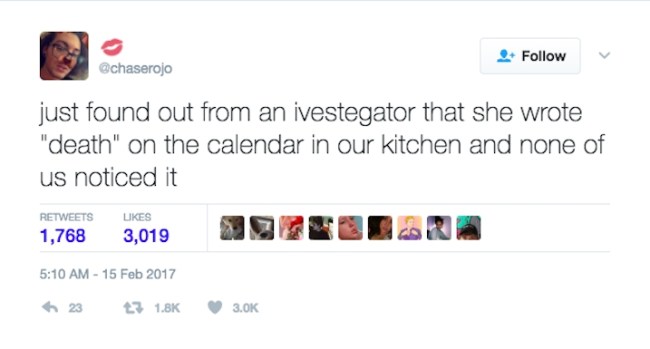 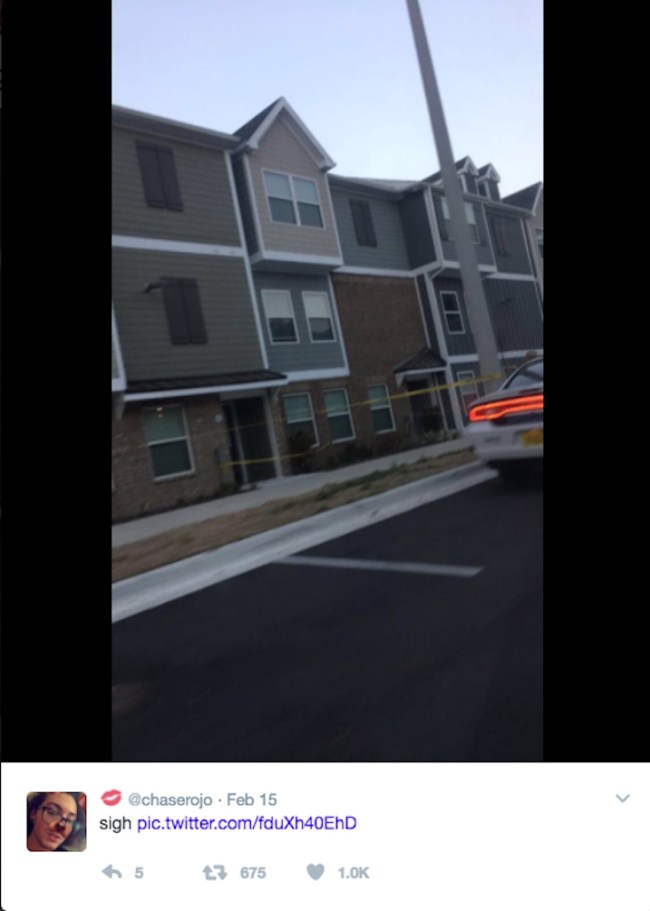 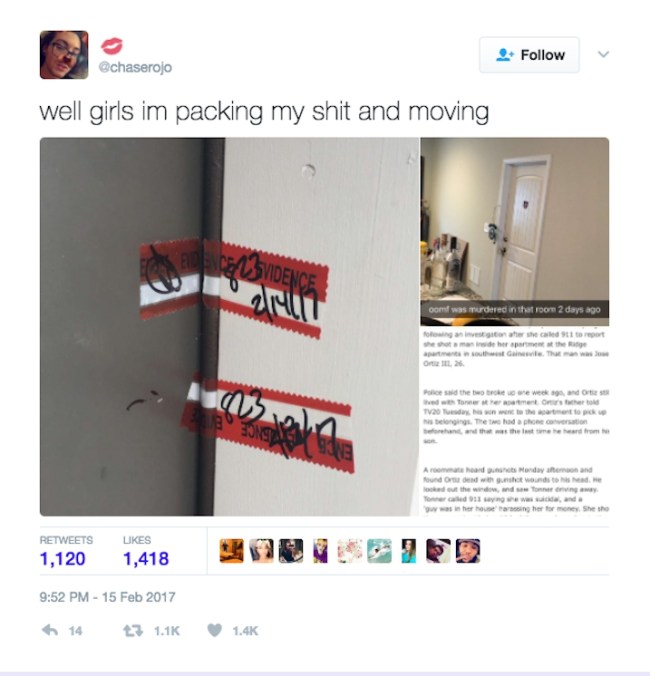 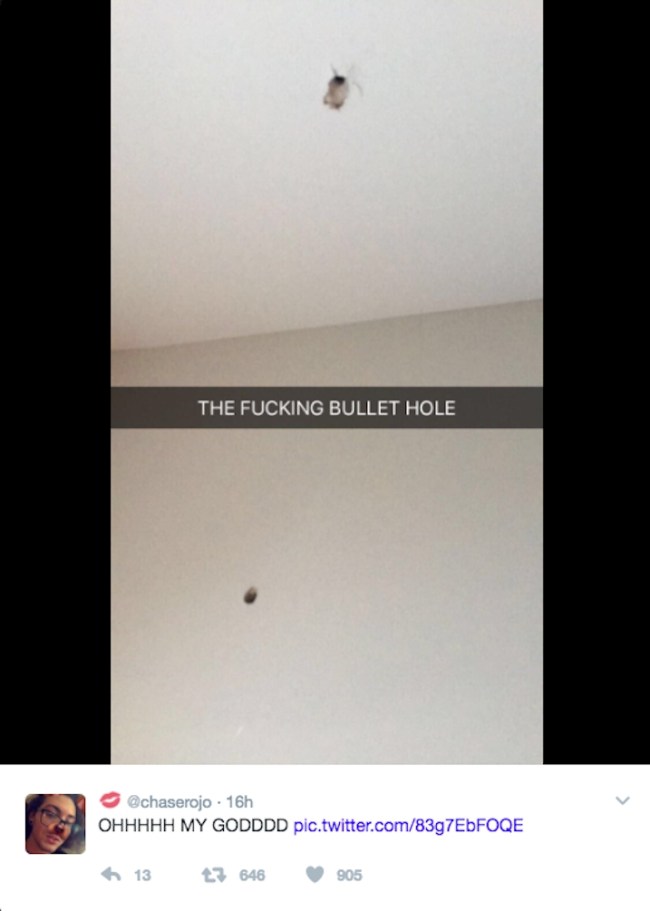