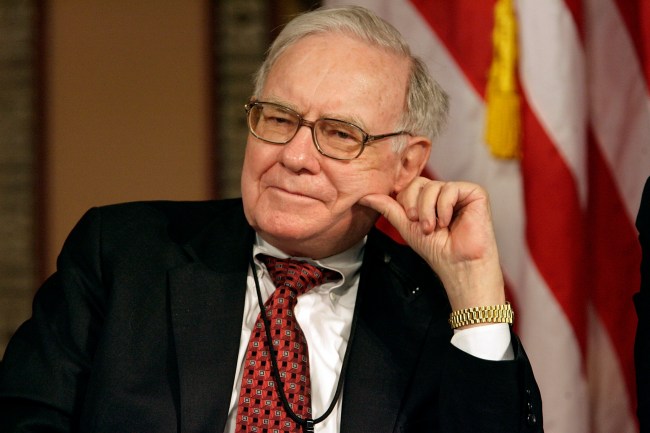 I’m not going to claim that every billionaire on the planet is a weird person because I’m sure there are a few normal ones out there. But the more I read stories about eccentrically wealthy people the more I question the mental fitness of the planet’s richest citizens.

HBO> recently released a new documentary on Warren Buffett, a man who at his height has been worth an estimated $74 billion, and held the title of ‘world’s richest man’ for a large chunk of his lifetime. In Becoming Warren Buffett, the film-makers dive deep into how one man was able to accumulate more money than any other person on the planet. The documentary features Warren himself, his family, his friends, and colleagues discussing what makes this insanely successful man tick.

One thing that caught my eye about this documentary is an anecdote I saw over on Business Insider about how the stock market fluctuations dictate what Warren Buffett eats for breakfast every day. This isn’t ‘insanity’ because the definition of insanity is doing the same thing repeatedly but expecting different outcomes. But this is very peculiar and borderline crazy behavior.

“One of the good things about this five-minute drive is that on the way there’s a McDonald’s,” he says in the documentary.
This is where he reveals how he determines which breakfast sandwich he’ll purchase. Every morning, Buffett tells his current wife, Astrid, how much exact change to place in the center cup holder of his car. It’s either in the amounts of $2.61, $2.95, or $3.17.
“When I’m not feeling quite so prosperous, I might go with the $2.61,” he explains. “That’s two sausage patties and then I put them together and then pour myself a Coke. $3.17 is a bacon, egg, and cheese biscuit. But the market’s down this morning, so I think I’ll pass up the $3.17 and go with the $2.95.”
The $2.95 option is a Sausage McMuffin with egg and cheese.
After buying his breakfast, he eats the meal at his desk with his Coke.

This all reminds me of an article I posted recently here on BroBible titled ‘Entrepreneur Worth $20 Million Shares 5 Common Eating Habits Of The World’s Most Successful CEO’s‘. For his new book, entrepreneur/author Tim Ferriss spoke with the most successful CEOs in America about their daily eating habits and it’s astonishing how many of these billionaires follow the same strict pattern every day.

When your time is valued at tens of thousands of dollars per hour, you don’t have time to make mundane decisions on the fly so you cut out all the clutter in your life by keeping the same routine day after day, and then you focus on making money 24/7/365…Or at least that’s the pattern I see emerging.

Here’s the trailer for Becoming Warren Buffett if you want to check that out before watching on HBO: