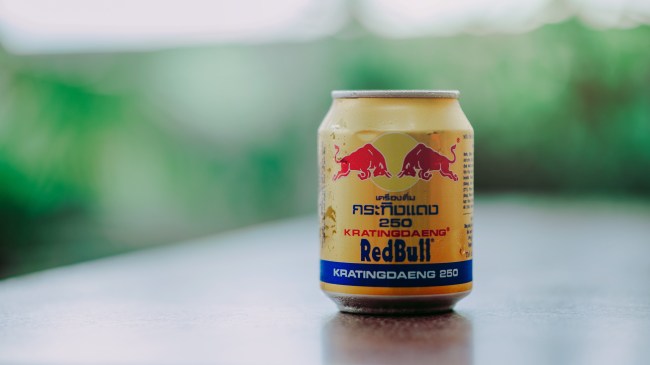 For most of us, sucking down a couple Red Bull vodkas before trying to slur game to chicks has become as essential in our going out routine as puking in cabs has. Mixing energy drinks and alcohol kills two birds with one stone–it eliminates the sluggishness from a long work week and nixes the numbness of being sober. It’s like a dick pill for your brain.

When I moved from Boston to New York City two years ago, it became immediately apparent that cocaine was the new Red Bull vodka. I suspect it’s because everyone starts their night so goddamn late here in “The city that never sleeps.” It’s prevalent in all circles too–professional and social, old and young. Granted, the effects of it aren’t great–permanent damage to blood vessels of the heart and brain, high blood pressure, liver, kidneys and lung damage, etc. It’s the price of staying #WOKE I guess.

According to a new study conducted by Dr. Richard van Rijn and his team at Purdue University, the effects of mixing energy drinks and alcohol are not dissimilar from those of cocaine use.

The scientists have found that Red Bull–a drink that contains 10 times more caffeine than soda–mixed with vodka, alters the activity in the adolescent brain, which lasts into adulthood.

“It seems the two substances (high energy drinks and alcohol) together push them over a limit that causes changes in their behavior and changes the neurochemistry in their brains.

“We’re clearly seeing effects of the combined drinks that we would not see if drinking one or the other.”

The scientists found that repeated exposure to caffeinated alcohol caused mice to become increasingly more active, very similar to the mice that were given cocaine, according to the Sun. When given cocaine, the mice also found an increasing interest in writing a screenplay, studies found. Okay, kidding about that last part.

Researchers also detected increased levels of the protein FosB, which is an indicator of long-term changes in brain chemistry and is elevated in those abusing cocaine

“That’s one reason why it’s so difficult for drug users to quit because of these lasting changes in the brain.”

What’s more, the mice that were given alcohol/energy drinks at a young age showed a tolerance to cocaine as they grew older:

“Mice that had been exposed to alcohol and caffeine were somewhat numb to the rewarding effects of cocaine as adults.

“Mice that were exposed to highly caffeinated alcoholic drinks later found cocaine wasn’t as pleasurable. “They may then use more cocaine to get the same effect.”

So we can look at this two ways: Red Bulls are as dangerous as cocaine. Or cocaine isn’t all that bad. We all construct our own realities.