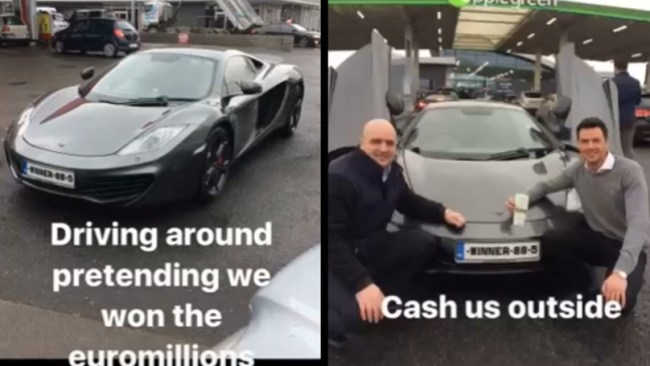 There are a lot of natural-born suckers in the world. As Ladbible tells us, earlier this week someone in Ireland won the Euromillions lotto to the tune of $88.5 million. In an act of trolling, two Bros who own a sports car dealership in Ireland drove a Mclaren MP4 to the gas station where the winning ticket was sold. They then posed for pictures as the winners, convincing people they won the $88.5 million jackpot.