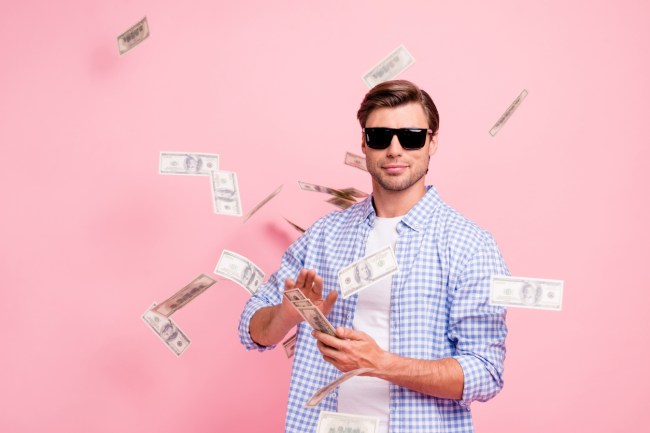 The Universal Bro Code is a sacred bond all bros must respect. It can bring strangers together in times of need and it can settle vicious disputes between the closest of bros. There are countless rules in the Universal Bro Code book and new rules are added on the regular while occasionally old and antiquated Bro Code laws are removed as the world changes.

Below, a bunch of bros put forth their top laws for inclusion in the Universal Book of Bro Code, and if you consider yourself a bro then you 100% need to not only commit these to memory but you need to enact them in everyday life. All of these responses came from an AskReddit thread where you can find each and every one of them but below I’ve included the best/most necessary:

“You can give a bro as much hell as you want unless a bro is with a girl. Don’t crush your bro’s soul while he is trying to hook up.” — ISIXofpleasure

“The bro who owns the console is ALWAYS player 1.” — Acicin

“If you’re lifting with your bro and he has a heart attack, put more weight on the bar and THEN call 911” — Laurajsr

“If you find out a friends SO is cheating on him, not only do you tell him, but you offer to shit in her kettle.” — ALLSTARTRIPOD

“Rarely call. Rarely email.
When in person, pick up as if no time has transpired.” — Keilwerth

“If he’s bullshitting to impress a woman you back up his ludicrous claims to the hilt.” — FuckCazadors

“Don’t throw another bro under a bus to get a girl unless he says you can. Conversely, if a bro asks you if he can throw you under the bus, you bet your ass you’re jumping under that goddamn bus.” — N1njaboss

“On death or injury, clear a bro’s search history.” — MyOwnHurricane

“If two bros know the same story, the bro who is lesser known among the party or group shall tell it” — Acicin

“Never let a bro drive when he’s drunk – no matter what.” — Back2Bach

“If a bro experiences a breakup, so did you.” — ProfessorGigs

“A bro always chooses the ‘every other urinal’ formation” — IM_PROLLY_LYIN

“If you walk into an argument and get the “leave now” look, you turn around and take as many bystanders as you can with you.” — Mix_Master_Floppy

“1.Be Excellent to Each Other
2. Party on, Dudes” — Bill and Ted’s Excellent Adventure

“Never rat him out. For some reason autocorrect keeps changing rat to eat….which I suppose makes sense too” — Boyntonr

“Thou shall not sleep with a bro’s younger sister, HOWEVER, If said girl is is the one who starts making passes at you, AND she is of legal age, AND is neither drunk, nor tipsy, nor even buzzed, it may be permissible to indulge yourself. If thou dost so, thou art required to tell thy bro of said actions with all due haste.” — Chuchlain

“If your bro gets beheaded by ISIS you need to take care of his family.” — 1Downvote1Orgasm

“When playing Goldeneye on N64, a bro will never play as oddjob.
A bro will never complain about the brand or temperature of free beer offered by another bro
You may take the last beer, or the last slice of pizza, never both.
If a bro is playing wingman, and in his duties is required to distract the annoying and/or ugly friend. He will not be given any shit for it, and should even be applauded for jumping on a grenade for a bro.
And the most important rule A bro will never, ever, sleep with a bros SO. Ever” — Chickenfuckerbwaaaa

“Article 11
A Bro may ask another Bro to help him move, but only after first disclosing an honest estimate on both time commitment and number of large furniture pieces. If the Bro has vastly underestimated either, his Bros retain the right to leave his possessions where they are–in most cases, stuck in a doorway.” — lordanubis79

“When your bro is buying you food, you don’t get anything expensive or else you are a piece of shit.” — Excalll

And last but not least, via hcrld:

Alright, bros, I hope you take what we learned here today to heart. If you’ve got anything to add to the official ‘Bro Code’ then be my guest and add them in the comments down below. And if you believe any of the ‘Universal Bro Code Laws’ above shouldn’t be here then state your case down below! Also, to check out the rest of the AskReddit thread you can just follow that link!