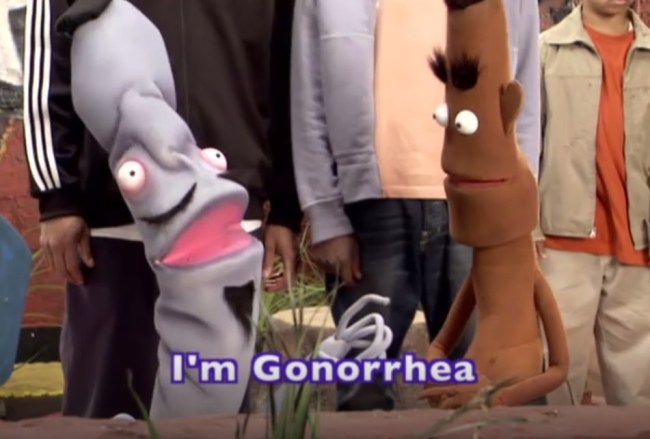 The World Health Organization is a wet blanket. They’re always putting a kibosh on all the good-natured fun. The negative Nancies at the WHO are now saying that there is a super gonorrhea that is untreatable and it is going global. To really kick you in the nuts even more so they are warning everyone that it is being transmitted from oral sex. Fucking buzzkills.

The WHO said that the super gonorrhea is a “serious situation” and data from “77 countries show that antibiotic resistance is making gonorrhea – a common sexually-transmitted infection – much harder, and sometimes impossible, to treat.”

“The bacteria that cause gonorrhea are particularly smart. Every time we use a new class of antibiotics to treat the infection, the bacteria evolve to resist them,” said Dr. Teodora Wi, Medical Officer, Human Reproduction, at the WHO.

The WHO blames unprotected oral sex as a major factor, which is how people get oral gonorrhea. They also cite decreased condom use, increased urbanization and travel, poor infection detection rates, and inadequate or failed treatment for the increase of super gonorrhea.

They go on to say that there are an estimated 78 million people are infected with gonorrhea each year.

So if each year 78 million people get gonorrhea doesn’t that mean that almost everyone has it by now?

You can learn more about gonorrhea here. May the odds be ever in your favor and good luck not getting the clap.