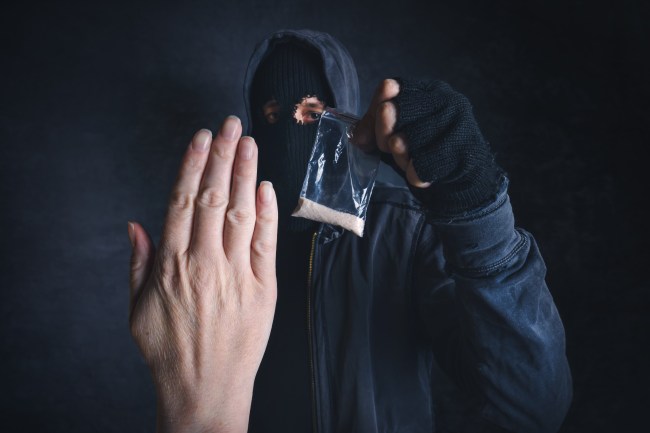 The stigma behind doing drugs doesn’t allow for much every day dialogue on the subject. Typically, I keep my drug habits locked in my closet next to my samurai sword signed by none other than American Idol’s Randy Jackson. But, every year, the Global Drug Survey polls close to 120,000 people in 50 countries to break down those stigmas and shed some scientific light on how fucked up the world is getting.

You can find the whole report here, but let me just detail a few interesting points below so you can see where the U-S-of-A ranks in comparison to the rest of the world when it comes to hard drugs (I’ve already wrote about the survey’s choice for the world’s safest drug.)

First, we’ll start with cocaine. Now, since I moved from Boston to New York three years ago, the cocaine use between the two cities has been my biggest culture shock. If you go to bed before 3 am, New Yorkers will call you a pussy, so everyone does cocaine. Well, not everyone, but people you’d expect not to will be bumping lines just to stay up and spend $12 on Bud Lights. A vicious cycle.

But, New Yorkers can take comfort int he face that they’re Americans, and when compared with the rest of the world in cocaine use, America is pretty straight edge. We rank 9th and quite possibly the only thing Canada has beaten us in other than hockey. 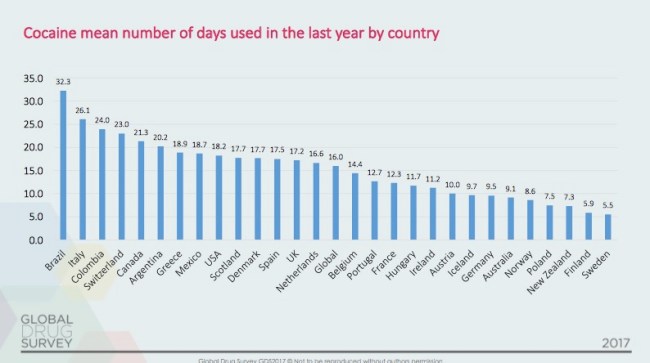 Now lets move onto that drug all the youngsters seem to love–MDMA, or Molly, as my drug dealer calls it. Molly has become wildly popular at festivals and colleges and has been featured in rap songs which has pushed it into the mainstream ‘Who pop the Molly, I’m sweatin!’ But, when compared to the rest of the world, the U.S. ranks 26th in number of days used in a year (6.2). 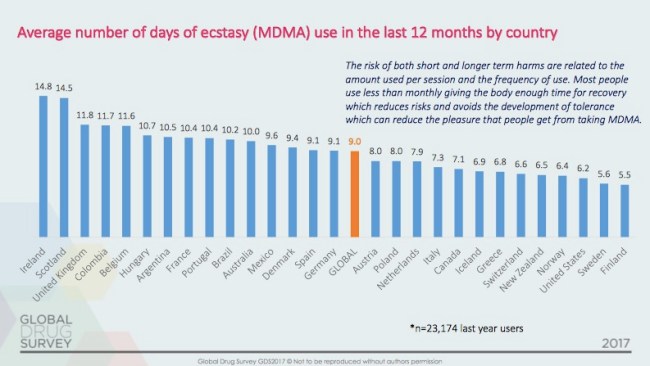 I’m no drug counsellor or nothin’, but I’d say all-in-all, the U.S. is pretty controlled when it comes to hard drug use. Those other fucking degenerates have a real problem though. And Florida, you too.