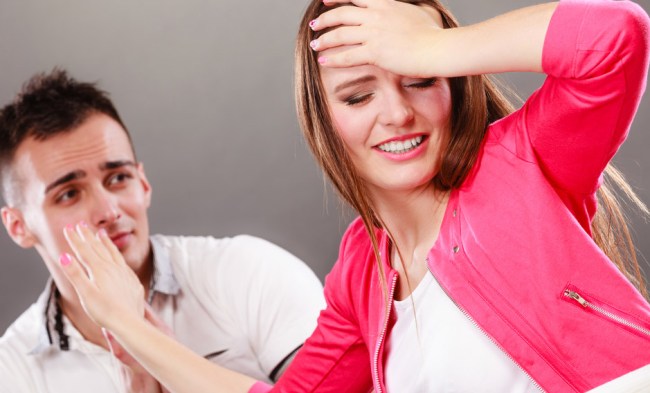 Dating. It can be brutally rough out there, am I right? Bad enough that it’s hard to find decent people to date, but then we have to start over with each one trying to decipher what things this new person likes and doesn’t like. It’s like putting together an IKEA cabinet without the instructions sometimes. Lord knows we as males try to do our best. If only women would just TELL US what they like and don’t like.

Oh hey, here we go. A bunch of women got together on Reddit and did exactly that! Well, half of it. They at least revealed some of the stuff, as in behaviors they see in men, that they DON’T like.

Get ready to take some notes, bros…

Trying to be suggestive or overly sexual way too soon. Trying to ask me what I like sexually when I’ve known you for 45 minutes or assuming I’d like all the things you’re explicitly stating that you’d do when it’s our second or third time meeting creates so much second hand embarrassment it makes me want to vomit.

I’m sorry, but when men chew tobacco – I just can’t get over the smell/taste/spitting.

Comparing me to other girls constantly. It’s seriously not what I signed up for, dude.

Dismissing all my interests and ideas as stupid or not smart enough.

Men who say all their exes are “bitches” or “crazy”. I’m not saying there aren’t shitty people out there, of course there are. And we’ve all dated one or five in our lifetimes. But if all the women you’ve ever been in a relationship with are the worst, maybe you are the problem, buddy.

Asking me for nudes or trying to send me nudes. I do not want to see your penis, it will not turn me on.

Being selfish and hypocritical is something I really dislike in anyone, man or woman. If you used to constantly sleep on a friend’s floor and you get pissed the one time someone in your social circle dials you and says, “My mom kicked me out, can I stay over?”, I will have a low opinion of you.

Making fun of another guys appearance for no reason. I knew someone who laughed at guys wearing underarmour leggings at the gym under their normal gym shorts. Like why does that even bother you so much? It makes him look like an asshole who peaked in college.

When guys have those obnoxiously loud cars/truck and revs them up so the whole town can hear them. And you can tell they are purposely doing it. AND TO TAKE IT FURTHER THEY STARE AT YOU.

Keeping everything secret. Goes for anyone, not just men. If you refer to every thing very vaguely when you talk about your life outside of the two of us. Never giving any details of your life. I’m noping the fuck out.

Not being able to have a good time without being drunk and/or high.

Interrupting. I’ll let it slide 3 times. Then I’ll just tune out the rest of the conversation and excuse myself when I can.

If a dude is always wanting to fight other dudes for petty ass shit.

When he treats retail workers/servers like crap. Being embarrassed in public is not a turn on. One guy I dated did this and just called it being “assertive”. I said take off the “ertive” and you’d be right.

If I say I like something “non girly” (even though calling something girly or manly is stupid anyway) like, an action movie, game, favorite super hero, ect. And you think you have the right to “test” me on it in a non joking way like I’m just saying it to impress someone or making it up. Not only will that actually cause my vagina to invert into my body and close all orifices to you permanently, my body will go into manual override and start physically performing backflips on the spot until it has successfully evacuated me out of the general vicinity.

Laziness and lack of ambition. If you see me in the middle of cleaning the house or cooking a meal you will surely partake of, please get off the couch and make yourself something to drink. Maybe even grab the broom and help out. Your efforts will be appreciated. And please do not ask me to plan, coordinate, and execute everything that goes on in our lives beyond watching Netflix. I am not your secretary and I am definitely not your mother.

Bragging about your personal wealth, even in a joking manner. I don’t care how rich you are, or how much money you paid for your damn shoes. It’s not going to impress me in the slightest.

Anything to do with a fedora.

Guys who treat women they don’t find attractive like shit. You may be the hottest mf in here, but if you think you’re too good to say thank you to the girl who just helped you with something or manage a few sentences of small talk to the person you just met, don’t let the door hit you on your way out.

Chivalry doesn’t end where you don’t want to put your dick.

Words to live by, right there.

Check out the rest of the ladies’ turn offs (and there are a bunch more) over at Reddit.