If You Thought Your 2020 Was Bad, Get A Load Of What Supercuts Did To This Man’s Head 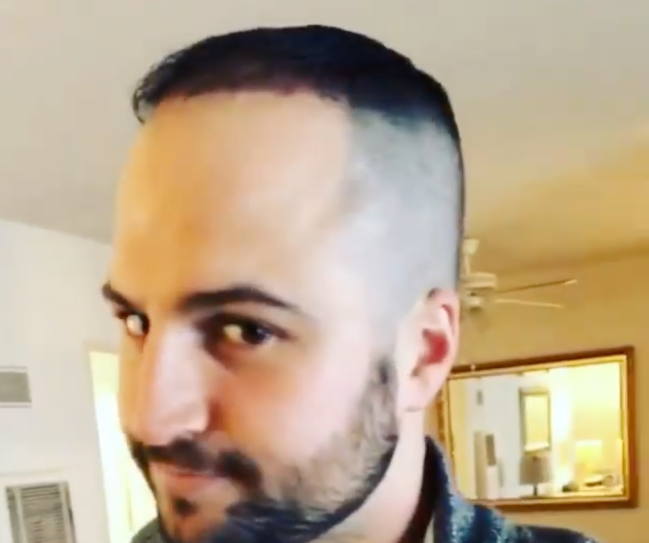 There are some things you just don’t do in life. From the time you are young, you were told things like, “don’t touch a hot stove, wear sunblock and never underestimate the power of the sun, always look both ways when you cross the street,” and much more. Something that I have always been told from day one is not to get a haircut from Supercuts.

Yet I did it anyway. My argument is why do I need to pay $50 for a haircut when I only have such a minuscule amount of hair on my head? Why not just roll into Supercuts where I don’t have to make an appointment a week prior just to get a 20-minute haircut? But I was wrong, I was dead wrong.

Leaving Supercuts with a $20 charge and a Dum-Dum sucker in my mouth seemed like a steal until I looked in my rearview mirror and saw nothing short of a massacre on my head. Many have asked if my head is a Snapchat filter on social media and unfortunately it is not. That is simply just me paying the price for refusing to listen when people insist I don’t go to Supercuts. I hate to say it but to be quite frank I really don’t think there is any bouncing back from this whatsoever. Even if my hair grows back in, where exactly does it grow back into?

I hate to call out supercuts here I really do because the franchise itself is pretty blunt about the fact that you’re not going to get the best haircut in the world there but you will get a cheap one. They definitely held their end of the bargain charging just $20. Also, if we’re being honest, the fact that I have a forehead the size of a football field doesn’t help the whole image as well. The moral of the story here folks is if you have more than $20 to spare at any given time, stay as far away from Supercuts as possible.