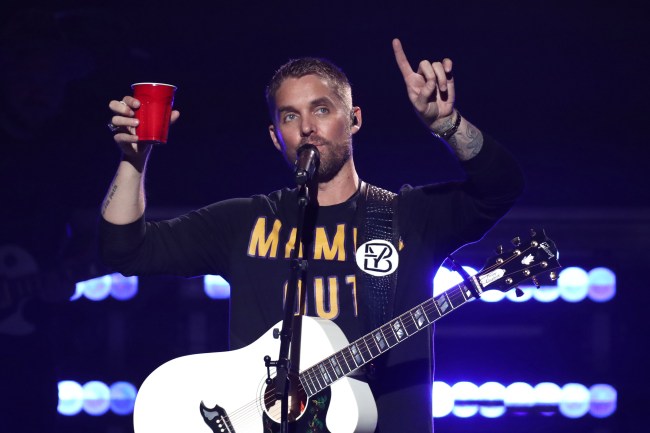 Can you imagine having any resolve as an 18-year-old?

I almost followed my high school girlfriend to a college in Nebraska because she told me she loved me. I simply cannot conceive the will power necessary to tell the MLB to go kick rocks.

This heroic act of self-assurance boded well for an 18-year-old Brett Young, who turned down a potential career in baseball only to become one of the hottest artists in the country streets.

We spoke to the You Got Away With It singer about getting a call from the Minnesota Twins and Tampa Bay Rays about a future in baseball, blowing out his elbow from throwing in the mid-90s, and ultimately being subjected to the miserable existence of a triple-platinum heartthrob.

Imagine being an 18-year-old kid and telling the @MLB no.

And then becoming a country star.

“I was drafted out of high school…when you’re 18, they’re allowed to call you before the draft to figure out if they’d be wasting a pick on you. The Twins and Devil Rays were like, ‘For this much money and this round, would you forego college? And I told them not to waste a pick. That’s how I ended up at Ole Miss.”

After securing two wins and two saves in his freshmen season at Ole Miss, Young transferred to Irvine Valley because he wanted to play both basketball and baseball. One college sport simply wasn’t enough. As a junior, Young transferred back to Division I Fresno State to increase his chances of getting drafted to the MLB. That dream was dashed before his very first game of the season with one flick of the wrist.

“I was throwing against the number one prospect in the country. A guy named Wes Littleton. So there was a representative from every single team sitting behind home plate and I blew out my elbow five minutes before start time in the bullpen.

…It felt like someone took an ice pick and put it in and touched the bone. But the second the throwing motion was over, it was like they pulled it back out…I tried to throw a fastball and it two-bounced to home plate and then there was a throbbing pain that wouldn’t go away.”

Stripped of his former identity and with the help of Gavin DeGraw’s album Chariot, Young found music and four years later would release a self-titled four-song EP in 2007 and was off to the races.

Country star @BrettYoungMusic discusses his experience performing at Red Rocks for @BachelorABC and the state of his DMs in its aftermath.

Listen to our entire interview with Young below. We discuss: