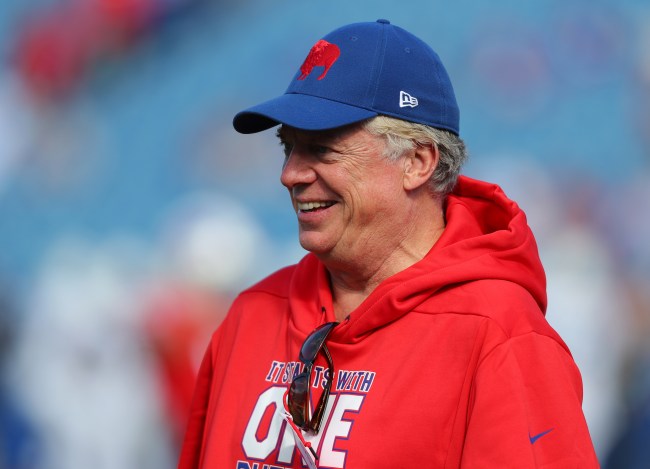 Long before he was eating pieces of shit for breakfast and repossessing grandma’s house, Christopher McDonald was playing college football at Hobart College in upstate New York, the heart of Bills Mafia, and just down the road from the tiny New York town he grew up in.

The actor’s undying Bills fandom was the impetus for a close friendship with Bills legend and Hall of Famer Jim Kelly, who’s given McDonald VIP access to the franchise and it’s biggest games.

McDonald appeared on our Endless Hustle podcast to discuss his love for the Bills and the culture surrounding the team, and how Kelly’s wine-and-cheese tailgates differ from those in the belly of the Bills Mafia beast.

Find you someone who talks about you the way Christopher McDonald talks about #BillsMafia. <3

“Those guys are whack! But they are such fans. They’re like the Philly fans, without the danger of your life, to kill you. These guys are just so into the game. Half of the experience at the stadium is the tailgate. They have a few drinks, yeah, but they just have a great time. They’re wonderful people.

I start off going over with Jim Kelly. I go over to his big busses and we’re drinking the good stuff, it’s like the really nice wines and the beautiful sausages, I mean it’s like AA+. And they you go over to these guys and they’re like kegging holding up the funnel. And they’re just getting shit-faced. Great guys, though. I’ve had a lot of laughs going to that stadium watching the great games.

And it is a lot of fun now to be a Buffalo Bills fan.”

[Related: Christopher McDonald Reveals His Favorite ‘Happy Gilmore’ Line And The Only Other Actor Who Could Play Shooter McGavin]

Shooter could not contain his excitement for the future of Josh Allen, a guy who Jim Kelly would gladly allow to break all of his records.

“This guy has got skills. He’s got youth. He’s got an arm. And he’s got a little bit of that bad guy in him. When he throws the ball down, in your face! And gets a 15-yard penalty, but it doesn’t matter. I love that!”

You suck, you jackass from sports

Check out our entire hilarious interview with Christopher McDonald below. We discuss: