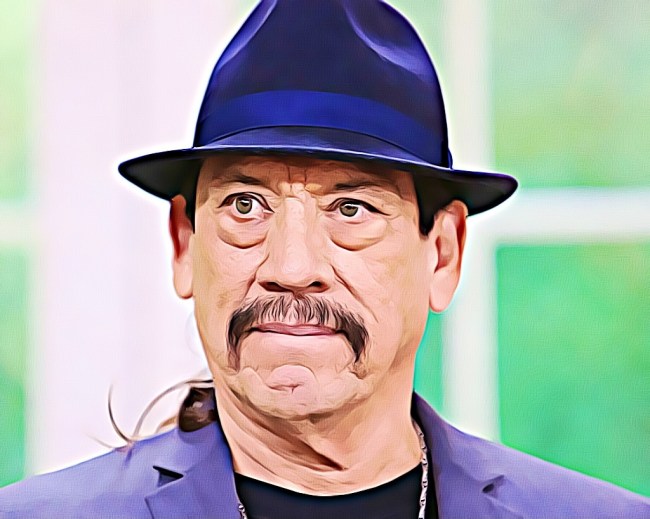 You don’t need a 3-day retreat with Tony Robbins or Gary Vee to come to your house and spit in your pillow to reach the epiphany that your dreams can come true.

All you need to do is read the Wikipedia page of Danny Trejo, who bounced around California’s most notorious prisons in the 60s only to appear in hundreds of movies and walk the red carpet with A-listers like Val Kilmer and Jennifer Lopez.

The 77-year-old Trejo, who is 70 years removed from executing his first drug deal, was kicked out of at least five high schools before he entered the system, once for stabbing a boy in the face with a broken wine bottle.

Trejo appeared on our Endless Hustle to discuss the sobering moment in solitary confinement that changed his life.

Actor @officialDannyT claims he instigated a riot while in prison in the 60s, and was accused of throwing a rock at a lieutenant's head: "That's a gas chamber offense."

Trejo on why he turned it all around. He's been sober for 53 years.

“We’re in prison on Cinco de Mayo, stupidest thing in the world. They bring an outside baseball team of just one of the worst penitentiaries, Soledad, in the world. Every Mexican is drunk or loaded. And a riot ensues.

And me, Ray Pacheco, Henry Quijada were instigating a riot. People got hurt. It was alleged that I threw a rock and hit Lieutenant Givens in the head. That’s a gas chamber offense. So we’re in the hole, and I remember hearing Henry say, ‘Hey Danny, they’re going to top us, huh?’

And I remember Mrs. Findlay saying, ‘You could be the top of the class.’ And she always wrote, ‘A lot of potential but can’t sit still.’

So I’m sitting in the hole, and I might go to the gas chamber and I’m thinking, ‘What happened to all that potential?’

I wanted to die with dignity. I didn’t want to die crying, peeing my pants, and yelling. So I asked God, ‘Let me die with dignity. I will say your name every day and I’ll do what I can for my fellow inmate. And I remember saying ‘inmate’ because I thought I was never getting out of prison.”

Trejo kept his word. He hasn’t had a sip of alcohol in 53 years, rose to chairman of Alcoholics Anonymous, became the first inmate social catalyst, has been casted in hundreds of movies, owns restaurants all over the country, and is the proud owner of 10 dope ass rides. Life’s a trip.

Actor @officialDannyT is in nearly 300 movies, but tacos may be his lasting legacy.

The restaurant entrepreneur explains why his @TrejosTacos have taken off.

"People ask, 'What's your secret?' There is no secret. It's good food!"

Trejo’s book, Trejo: My Life of Crime, Redemption, and Hollywood, is out now!

Listen to our entire interview with Trejo below.