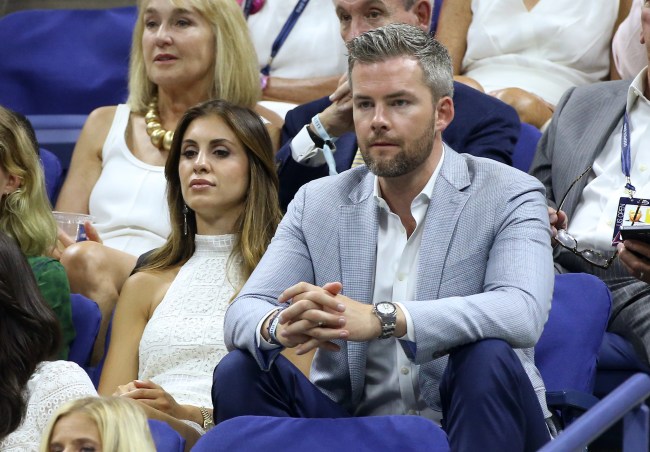 As the Great Freeze depletes the rest of the nation of its Vitamin D and City Life remains a relic of a distant past, big money is migrating south and creating a seller’s market like I’ve never experienced, according to Douglas Elliman agent Guy Clark.

Greg Norman’s Jupiter oasis listed for $60 million. Carolina Panthers owner David Tepper just dropped $73 million on a Palm Beach. If you think those are outrageous, combine them and you have 535 N. County, a 21,000 square-foot mansion formerly part of Donald Trump’s Maison de L’Amitie estate that just sold for $122 million overnight.

The buyer, who the New York Post dubiously called a ‘mystery Russian,’ was repped by celebrity broker Ryan Serhant, who we sat down with on our Endless Hustle podcast to discuss how one of the most expensive homes ever sold in the U.S. came to be.

Fox Business: Mystery Russian bought most expensive Florida home for $140M in cash.
Bought on land formerly owned by Donald Trump. Trump sure does a lot of business with Russians.https://t.co/PBM4Dib5l7

***Warning: If you’re prone to feeling poor, this is not the content for you.***

Context: The buyer initially began looking for a rental on the Upper East Side of Manhattan with a budget of $40,000-$50,000 per month, but reconsidered after learning of the generous tax breaks that comes with being a Floridian, especially a rich one.

“Keep in mind, if you move to Florida, you save 14 percent on your income taxes. Fourteen percent. There’s no capital gains tax and you don’t pay an estate tax. It is very, very tax advantageous to become a Florida resident.

So he’s like, ‘Maybe we should go look at Palm Beach.’ I sent the listing, he’s like, ah, these suck. I’m like I’m going to send you more expensive ones…now I’m at like $50-$60 million. And he’s like, no, those suck. So I just sent him everything between like $20 and $140 million, which was the most expensive home on the market at 535 N. County on Billionaire Beach Row, right there.”

Serhant then routed seven houses together to show the buyer the very next day, with 535 N. County their very first stop.

“[The house] was insane. Completely crazy. And we went to a couple other houses that were half the price. One for $20M. One for $50M. One for $75M. And I had three more houses to go and he said, ‘Nah, I don’t want to do the tour anymore. Go get me the first one.’

He spoke with such determination and such confidence. Talk about Big Money Energy.

Money can’t buy happiness, I say while gazing into the microwave at my revolving bowl of Insta-ramen.

Serhant’s new book, Big Money Energy: How to Rule at Work, Dominate at Life, and Make Millions, is out NOW.

Listen to our entire interview with Serhant and actor Frank Grillo below: