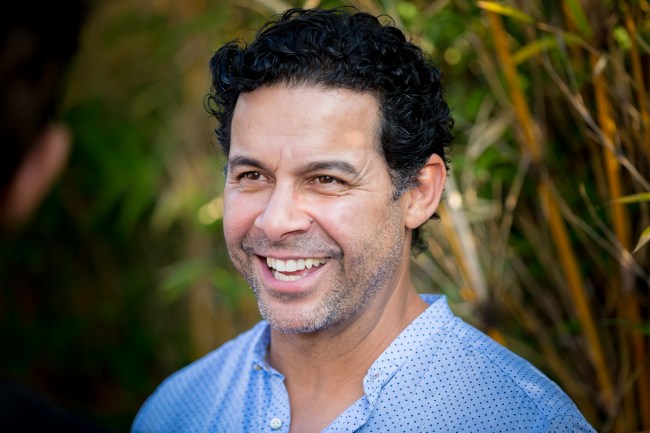 This is subject to change before this meets your eyes, but at the time of this writing, the NBC Drama This Is Us has earned a total of 53 wins and another 197 nominations between Golden Globes, Emmys, and Screen Actors Guild, and just about every other entity in Hollywood that distributes hardware.

Jon Huertas was at a crossroads following the cancellation of Castle when he was contacted to play the role of Miguel Rivas on the show, a total dissension from the non-network project he was seeking.

Huertas, who now stars in the horror film Initiation (out now), joined our Endless Hustle to pull the curtain back on his This Is Us genesis story, the show’s astronomical success, and why he is happy as hell he didn’t chase that trendy streaming show he initially desired.

.@jonhuertas on how he secured his role as Miguel on #ThisIsUs and the insane reaction the show's received since debuting in 2016.

"What did I do to deserve this kind of good karma?"

“This Is Us was originally supposed to be just recurring. And then suddenly they’re telling me I gotta get a life cast and I’m going to be putting on old age makeup. I didn’t know what the hell was going on.

And they said, ‘Hey you’re married to Rebecca, present day.’ And I was like, ‘No, no, no I play Jack’s best friend. I’m not. Milo plays Jack. Do you guys know this? You make up the people.’

And they’re like ‘No, no, no. You’re married to Rebecca in the future.’

I had no idea the role was going to be as intensive as it was.

Then when it premiered and it had the kind of reaction from the audience, I mean, I just felt like what did I do to deserve this type of good karma? Whose life did I save? And yeah I’ve been along for the ride the whole time and just so happy and proud to be a part of some of the best writing that I’ve ever been privy to and some of the best cast.”

Huertas went on to discuss some of the nightmarish Hollywood audition stories he’s experienced in his near 30 years in the biz.

Auditions in Hollywood can go OFF THE RAILS. #ThisIsUs star @jonhuertas details some nightmarish auditions over the years.

Check out Huertas' new thriller #INITIATION – available in theaters and on VOD and digital now!

Check out our full interview with Huertas below and watch his new movie Initiation in theaters, on demand and on digital now.