LaVar Ball Doubles Down On Michael Jordan One-On-One Claim: ‘He’s Too Light In The Ass!’ 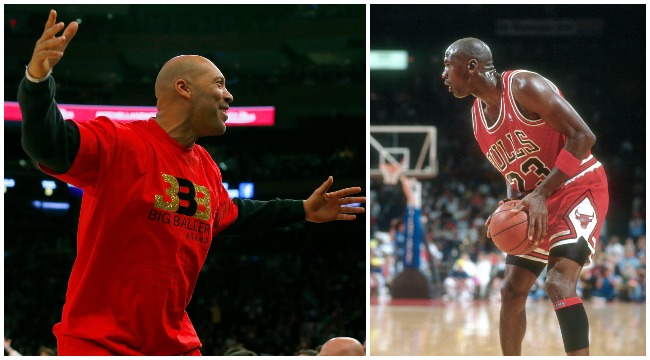 LaVar Ball’s semen made history last night after two winning swimmers became the first siblings ever to be drafted in the top 3 of the NBA draft.

There have been 70+ sets of brothers who’ve beat the astronomical odds of making it to the league, and in the eyes of NBA executives, every single one of them were smaller ballers than the Balls. Steph and Seth Curry. Pau and Marc Gasol. Dominique and Gerald Wilkins. Brent, Jon, and Drew Barry. All not worthy of sliding their feet into $495 ZO2’s.

Less than 48 hours ago at the time of this writing, Darren Rovell made the near fatal flaw of declaring LaVar Ball irrelevant. That was before the episode of our Endless Hustle Podcast was released, which propelled LaVar to trend on Twitter in the United States for his incisive comments about “hoes.”

In that same interview, LaVar never wavered from his previous claim that he would slaughter his son’s new boss in a game of one-on-one, and after hearing his reasoning, I’m not ashamed to say that I booked LaVar on the moneyline.

Oh, to be a fly on the wall to see LaVar Ball tell his son's new boss that he would physically dominate him in basketball.

I guess this only begs one question.

It’s worth tuning into the entire hour-long Endless Hustle interview with LaVar Ball, who also talks about the NBA Draft, the state of the Big Baller Brand, his beef with Charles Barkley, his hopes for Biden’s presidency, his unorthodox parenting tactics, and more!