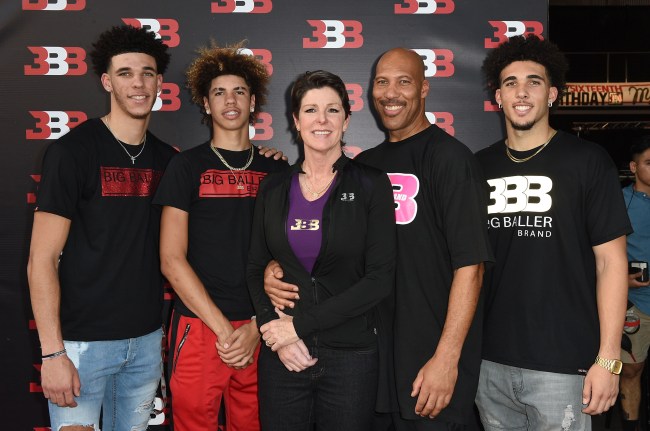 After speaking with LaVar Ball for an hour on our Endless Hustle podcast, one thing became abundantly clear: my father does not love me.

If he did, I wouldn’t have been cut from a Division III college hoops team and I wouldn’t need to throw away my undies after one wear due to my lifelong battle with my colon, of which I am winless.

One of the many misconceptions of LaVar Ball is that there wouldn’t be a LaVar Ball without his three boys. But in reality, his three boys would likely be nobodies without the militant and unwavering upbringing the Ball patriarch instilled long before the Ball kids were old enough to abandon their father’s brand.

LaVar’s devotion to his children’s success can most adequately be summed up in a skidmark, or lack thereof.

“All my kids were potty trained by 10 months.

When they were young, I didn’t let them use the bathroom like when they were sleeping. I’d wake them up myself in the middle of the night and put their little cold butts on that toilet. They got used to that. So they never got used to having, excuse my language, but shit in their drawers.

I always got them up. And after they eat, put them on the toilet.

So I told my wife to be on the same page as I am. When you want to take the kids out, you’re not going to put a Pamper on them. So every time you go into a store, you better go to a bathroom. That way we don’t contradict it where I’m trying to potty train them and she just wants to be out with her friends and having the baby just pissing and dumping on itself.

I said, ‘Nah that ain’t going to happen or leave them here with me.’ But she want to take them, so take them to the bathroom every time. Good!”

According to Healthline, the average child is potty trained by 27 months, nearly three times older than Lonzo, LiAngelo, and LaMelo became Pamper-free.

I don’t know whether to applaud LaVar or call Child Protective Services.

Tune into the entire Endless Hustle interview with LaVar Ball below. Mr. Ball also talks about the NBA Draft, MJ, the state of the Big Baller Brand, his beef with Charles Barkley, his hopes for Biden’s presidency, his unorthodox parenting tactics, and more!