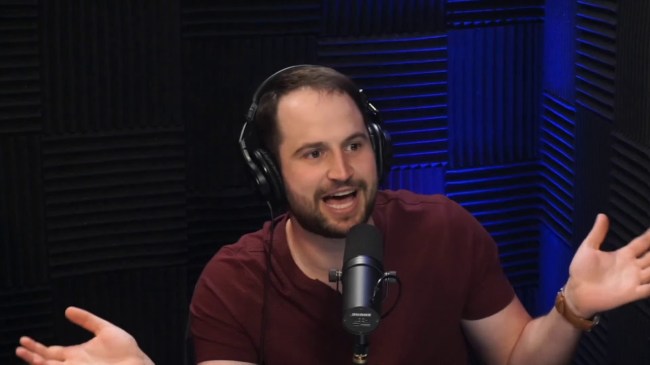 It’s hard to put my finger on what makes the perfect podcast guest but all you can really hope for as a host is to get someone with a good story and no filter; it’s the perfect combination to an ideal guest on any podcast. People don’t want the fluff, they want the hard-hitting thoughts and stories that nobody can imagine would be said on a podcast. The Brilliantly Dumb Show has hosted guests such as Michael B. Jordan, Pat McAfee, Jordan Belfort, and many other stellar folks. Former Navy Seal Robert J. O’Neill and McAfee, who have already been on the show helped us cross off two on our Top 5 most wanted guests. With that being said, here is our updated most wanted list, nothing wrong with dreaming right?

I had to throw Rogan on here simply because he is one of the pioneers in the podcasting world. Also, good luck finding a Rogan interview that isn’t his own, you most likely won’t. The guy is impossible to land as a guest and hats off to the first person that can break that barrier.

This may come as a surprise to some people and that’s okay, but I want nothing more than to be able to feel that flavor town energy first hand. Sitting down with the king would be an absolute pleasure. Could you imagine getting Fieri to dish out a couple of ‘Diners, Drive-Ins and Dives’ places that he actually thought sucked?

When I think of the phrase “no filter” John Daly Is the first name that comes to my head. Daly sits on the throne of golf’s biggest all-time electric factory and will probably have that throne for a long time to come. I may not walk out of that interview alive, or sober.

Not a day goes by where I don’t thank God for making Charles Barkley. The most entertaining sports personality on the planet in my opinion. I would love nothing more than to mic up with Chuck and just have at it.