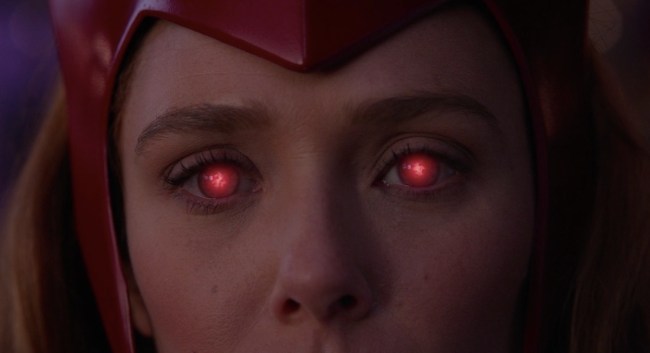 Another week, another episode of WandaVision that leaves the audience desperately searching for answers, so let’s dive right in.

Is Pietro a manifestation of Mephisto? 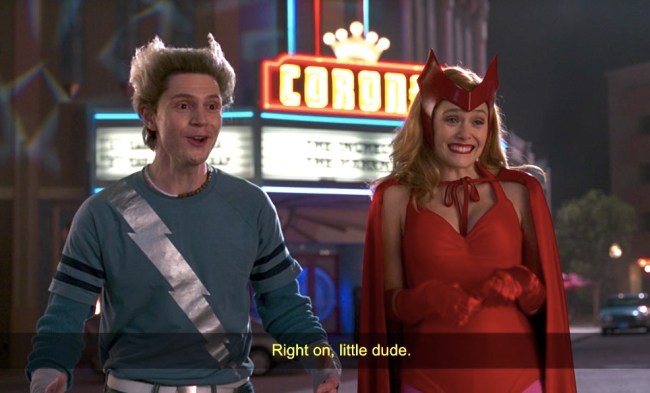 When Evan Peters’ Pietro Maximoff first arrives at Wanda’s front door, similar to Agnes, she doesn’t see him coming. He is not under her control. And that’s key when theorizing about where exactly he came from, as we’ve learned everyone in Westview is either a former resident of the town, an undercover agent for SWORD, or something else, possibly demonic, entirely.

With Mephisto long-speculated to be the “big bad” lurking in the shadows, could the devil himself be the one giving life to Pietro in order to further exacerbate Wanda’s fractured mental state? We dive further into the potential arrival of Mephisto here.

Could something be pretending to be Wanda and Hayward in an effort to provoke each side?

Let’s ignore the fact that Hayward was aggressively kind to Monica Rambeau when she returned to SWORD in episode four, okay? Even without that knowledge, Hayward invoking the death of Rambeau’s MOTHER during a workplace argument feels like a step too far, even for a Douchey Suit Guy as douchey as Hayward.

Hayward’s personality inconsistencies actually reminded me of Wanda, particularly the moment where we see her recklessly and aggressively stealing Vision’s body from SWORD’s facility (which, mind you, was footage that Hayward showed us). Something about it just… didn’t feel right, yet both acts of aggression felt oddly similar.

Could someone, or something, be posing as both Wanda and Hayward in an effort to provoke the two sides and instigate a war between Scarlett Witch and SWORD?

Is SWORD actually behind this and are they trying to experiment with Wanda’s powers to bring back the dead?

As Wanda is constantly reminding us, she doesn’t know how she got here or how this whole Westview started, which is eyebrow-raising, considering she seems to be in utter and complete control of the suburban New Jersey town. So, maybe she didn’t make Westview her home, but rather, someone gave Westview to her? What if Westview is actually an experiment being run by SWORD?

As Darcy is hacking into Hayward’s computer, she uncovers a classified weapons intel file titled “Cataract”. Now, while “Cataract” has no comic book origins (at least as far as my research tells me), its literal definition could provide the clues we need.

According to Oxford’s Dictionary, a cataract is “a medical condition in which the lens of the eye becomes progressively opaque, resulting in blurred vision.” And where have we seen that before? On the horror-film-faces of Vision and Pietro.

Cataract (n.): "a medical condition in which the lens of the eye becomes progressively opaque, resulting in blurred vision."#WandaVision pic.twitter.com/r6Pw5g2yeF

And as we’ve seen in both Vision and Pietro, clearly those previously-dead characters who have risen inside the Hex maintain their superpowers. Could SWORD actually be behind this — Wanda is constantly reiterating that she doesn’t know how she got here — and are experimenting with Wanda’s powers to see if they can raise the dead? Or recreate the Mind Stone? After all, raising the dead is a generally demonic thing to do.

We’re recapping and reviewing every episode of WandaVision on the Post-Credit Podcast, so make sure to check that out.