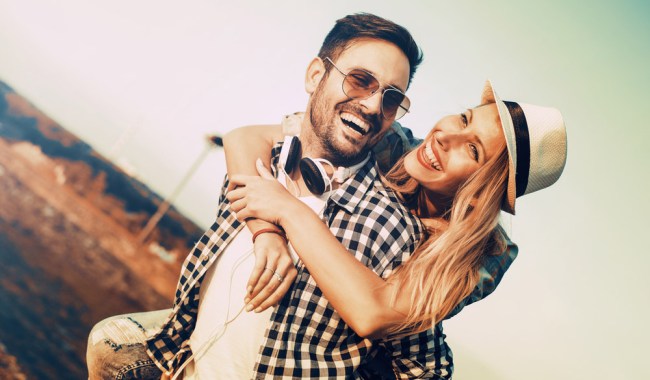 Are you single and ready to mingle? If so, then this analysis of over 180 U.S. cities across 32 key indicators of dating-friendliness that reveals which cities are the best, and worst, for singles in 2017 might be of interest to you.

Considering that more than 45 percent of the U.S. adult population is unmarried, according to the latest U.S. Census Bureau estimates, I am betting that it will.

Utilizing 15 “economics” metrics, 12 “fun and recreation” metrics, and five “dating opportunities” metrics, the analysts over at WalletHub.com revealed the following…

— Detroit has the highest share of single persons, 73.76 percent, which is 1.9 times higher than in Fremont, California, the city with the lowest at 38.06 percent.

— Gilbert, Arizona, has the highest share of households with a broadband connection (as a proxy for “online dating opportunities”), 95.9 percent, which is 2.2 times higher than in Brownsville, Texas, the city with the lowest at 42.7 percent.

— Indianapolis has the lowest average price for a bottle of wine, $3.79, which is 3.7 times lower than in Raleigh, North Carolina, the city with the highest at $13.99.

— Port St. Lucie, Florida, has the lowest average price for a movie ticket, $6.21, which is 2.4 times lower than in Los Angeles and Oxnard, California, the cities with the highest at $14.81.

— New York has the most nightlife options (per square root of population), 1.86, which is 93 times more than in West Valley City, Utah, the city with the fewest at 0.02.

More importantly, they determined which cities in America are best for singles…

And which cities are the worst for singles in America…

WalletHub.com also broke down the city rankings by various categories so you can see which cities might be best suited to your particular dating interests… 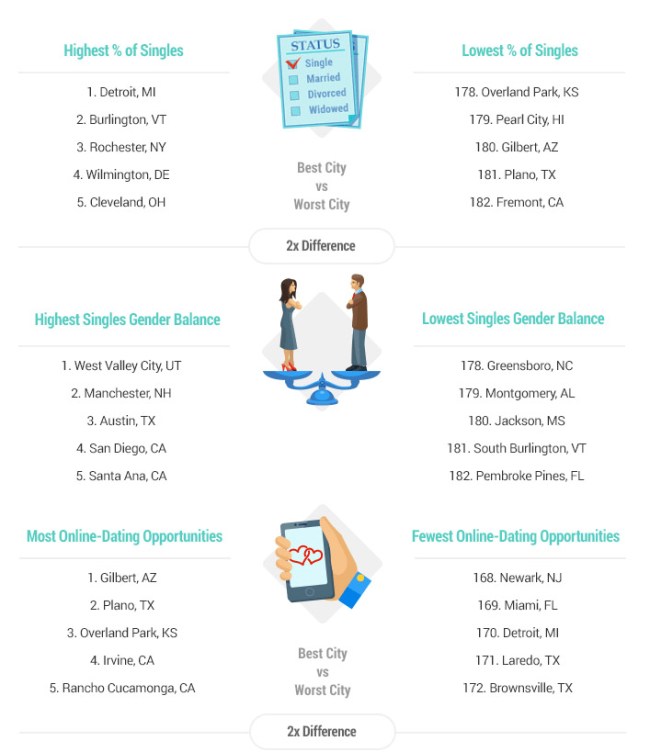 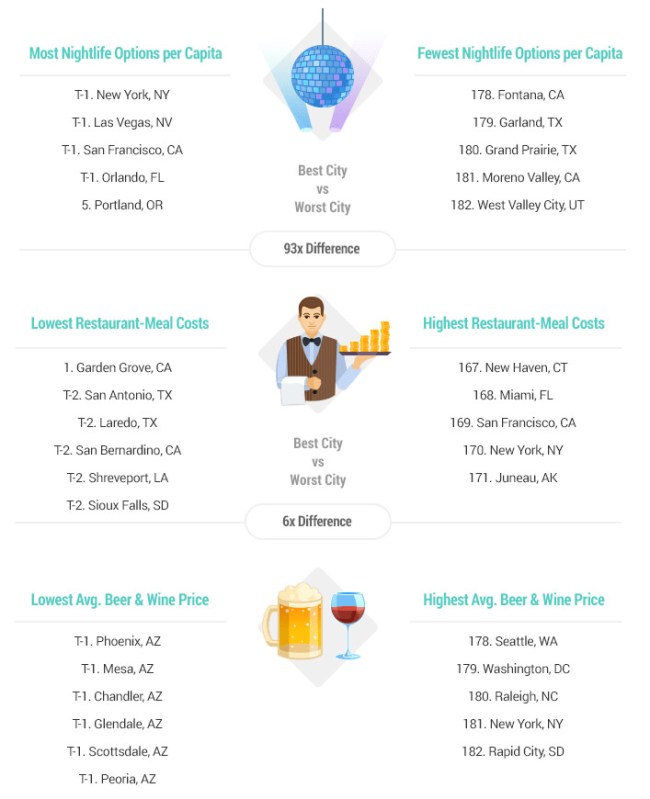 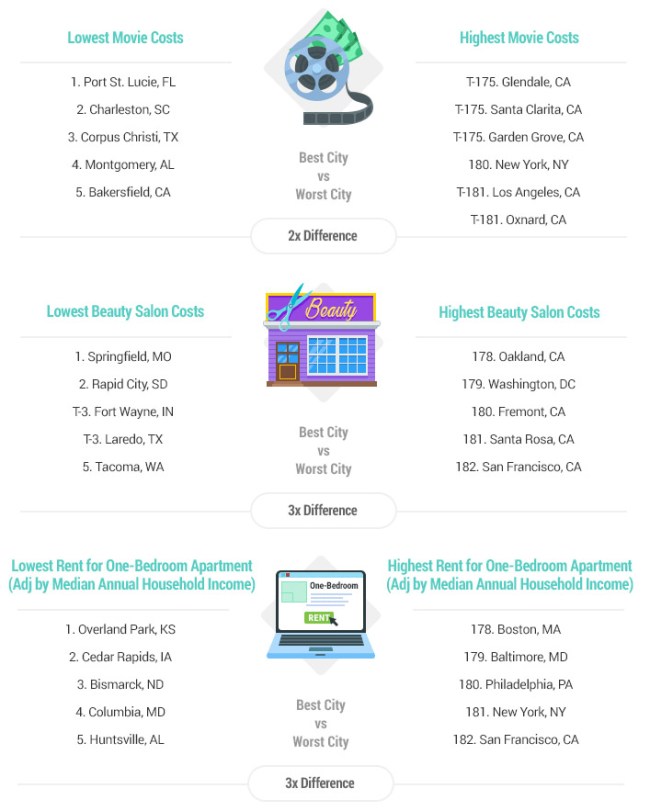 View the rest of the study, as well as the complete methodology used, over at WalletHub.com.