Guy Writes Epic, Detailed Letter To His Wife About Her Horrible Bathroom Habits, Internet Is Torn 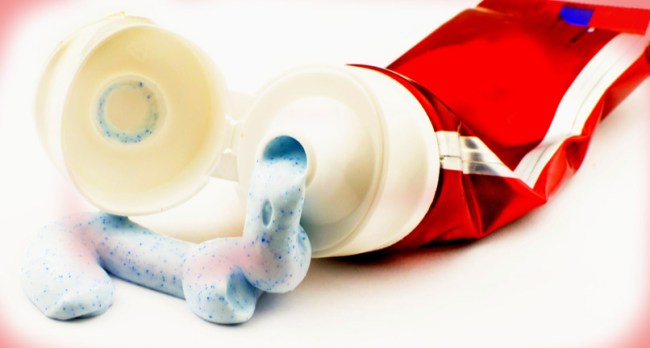 A guy in Australia, who had obviously had enough, wrote a hilariously detailed letter to his wife addressing her horrible bathroom habits and now people either think he’s a hero or a jerk. See which side you fall on in this issue.

The man, a plumber in Brisbane, wrote his very official-looking letter and then taped it to the mirror in the couple’s bathroom for her to find. Read what he had to say and you’ll have a pretty good idea of why he felt the need to write it. It’s pretty epic.

“To my darling Rosie,”

“Babe can you remember 20 days ago, you said, ‘babe, I know my bathroom habits really piss you off, but I am gong to change this year I promise!’ Unfortunately, not much has changed. In fact, it’s worse, to the point that I now suffer from Bathroom Surprise Anxiety.”

“I thought the idea of twin vanities in, meant we got our own — you know, His and Hers. Why is it then, that my vanity basin becomes a permanent storage container fir your make-up brushes, bottles, lipsticks and whatever other ‘girl-magic’ you practice.”

“You have 4 drawers and I have 1. Do you have some sort of drawer FOMO that incites you to invade my only drawer area? Granted I do have the top drawer vanity – and this is so I don’t have to bend down as far to get MY things: remember I am 6ft effing 6, compared to your 5ft 7, and I have 2 titanium hips, so bending isn’t my strong point.”

“Let’s talk about the actual Bathroom Content and General Hygiene:”

“The Toothpaste: how effing hard is it to put the lid back on the tube so that the next person (i.e. me) comes along to use it and it’s not dry and conjealed like roadkill. Do we need his and hers toothpaste?? If I didn’t love you quite as much I may be tempted to sabotage the toothpaste with some foreign matter (use your imagination) to teach you a lesson.”

“American Crew Fibre: this is a male hair product (and I don’t give a [expletive] about political correctness, it’s a bloody male hair product), yet I continually your paw prints inside it with lid of course nowhere to be found, so when I need to use it, it is like a cross between a panel beaters bog and polyspak filler instead of beautifully textured paste.”

“Bath towels: they belong on hooks not on the floor! For your well-educated benefit, the Oxford Concise dictionary defines HOOK as the device that protrudes from the wall for you to hang things on.”

“MY Razor: My grandpa told me that blokes should never ever share razors, I wonder what the the old man would have said about a man’s wife using his razor?”

“Bathroom bin: tell me honestly, do you believe in some sort of bathroom bin fairy? We have been together 8 years = 416 weeks, with the bin emptied once a week by me = 416 by me and donuts, zero, Roy Orbinson by you – any chance babe?”

“The Flush: contrary to your belief that flush is the term describing a winning hand in poker, the Flush is also plumbing term. Look it up. Practice it.”

“I LOVE YOU VERY MUCH — PLEASE CHANGE YOUR BATHROOM HABITS.”

Wow. His wife may be a very lovely woman, but she sounds like a slob. I mean, dude is suffering from “Bathroom Surprise Anxiety” for cripes sake.

Comments on the Facebook post, and there were many, varied. Here’s a quick sampling along with whether the commenter was male or female…

“Can I pretty please find a husband like this one??” (female)

“ha ha ha…if she does all those things I’d be going batty too! I agree with him. He and I would share a bathroom very well by the sounds. No issues there for me.” (female)

“Maybe needs his own bathroom. Probably not going to change any day soon.” (female)

“Head on would be a conversation. This is chickening out. I’d be pretty angry if it were directed at me.” (female)

“Too bad he resorted to a note..tacky..communication is far better..huge problem happening in that household!” (female)

Actually, he wasn’t, because his wife spoke to ABC Brisbane about the letter and she wasn’t mad at all, saying the note left her in tears of laughter.

So, what do you think? Hero or jerk?