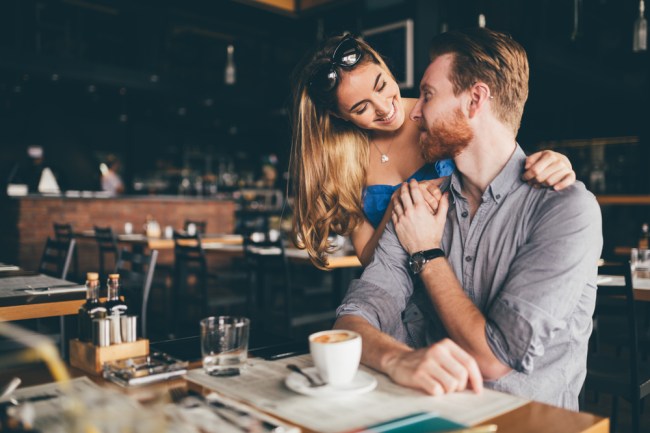 One woman’s ex is another woman’s treasure. We all have differing opinions about what makes a man, “good boyfriend material”. Some of us prefer the strong but silent types while some of us prefer the loud and cocky guys. But there may be a few characteristics that we can all agree on, that seem to make a man worth our time.

As I sat pondering how my friends and I can all be so much alike and yet have such varying tastes in gentlemen companions, I began to nail down all of the things our beaux had in common. But my group of girlfriends are a bit, ummm crazy, so I thought I should ask some other young women what they look for in a man.  So I set up a quick survey asking women to rank ten characteristics from most important to least important, tweeted the link to my 60,000+ twitter followers and the results were surprisingly unsurprising.

1. Sense of Humor: This was ranked number one, above honesty, loyalty and financial stability. Good news boys, as long as your funny you’re going to be a-okay with the ladies! Now the results of this survey might be a bit skewed considering those surveyed follow me for the lewd and crude humor I provide but ultimately I think this rings true. Humor is an indicator of intelligence and creativity to women. And thankfully men and their delicate egos like a girl who laughs at their jokes.

2. Honesty: Now this is a pretty ambiguous adjective. Does she want you to honestly tell her what you think of her new bangs? Or explain that her trendy harem pants look like she’s wearing a diaper? Maybe she wants you to voice how smokin’ hot you think her best friend is? But probably not. Unfortunately, when she says she’s looking for honesty, she wants you to talk about your feelings and openly communicate throughout your relationship. Also, honesty is the arch-nemesis of lying, which by their mid-twenties, they’ve heard plenty of.

3. Loyalty: I’m going to go out on a limb and lump loyalty and faithfulness together. Loyalty doesn’t mean she wants you to sit at home waiting for her like a puppy dog. It means she expects that you’re not scamming on other girls when you’re not with her and that you’ll always support her no matter what she’s going through, or what a bitch she is when she gets her period and how much chocolate she eats.

4. Sexual Chemistry: I was surprised at how highly this characteristic ranked. Apparently it’s more important to be able to climax with a man than it is to carry an intelligent conversation with him. But since “good looks” was not an option to be ranked, I can understand why ladies felt the need to emphasize that you have to find someone physically attractive for a relationship to work.

5. Intelligent: Intelligence is key in my book, but maybe not in every girl’s. You don’t need intelligence to make a connection with someone, we learned that from Teen Mom! You can fall in love and make babies without ever having to learn to read. But in my personal opinion, I would rank it much higher on this list. Intelligence is an indicator of future success as well as the ability to provide for one’s self and family. What I’m saying is, I have a shopping addiction so I need a man that’s smart and can earn lots of money for me to spend. I’m kidding of course, there’s nothing worse than a man not being able to carry a conversation about current events and develop opinions about matters other than his favorite beer.

6. Kind: We’ve already learned that girls are attracted to assholes and jerks. I don’t think any girl would stay with a man that wasn’t nice to her, but a philanthropic do-gooder isn’t held in high esteem these days it seems.

7. Affectionate: PDA is not necessary. Obviously showing affection is still a quality we enjoy—something has to lead to #4 sexual chemistry. But we don’t need you to hold our hands at red lights or text us every minute or get our names tattooed on your chest.

8. Financial Stability: Apparently you can be poor and girls will still like you. Ugh, these girls have been watching “The Notebook” too much.

9. Good listener: Have we given up on the entire male species ever actually caring about what we say? YES WE HAVE! We know you don’t care about what Jenny said to Lindsay, we’re okay if you just nod and make appropriate facial expressions. However, we do still expect you to listen and remember important things like our favorite wine.

10. Open-minded: Ranked the least important by a long shot.  I don’t think that women prefer men that are stubborn and stuck in their ways, I think they look for someone who already shares the same views as them. Plus, something had to come in last place.

There’s no over-arching lesson in this study; no words of wisdom or call to action. Except maybe, be funnier?