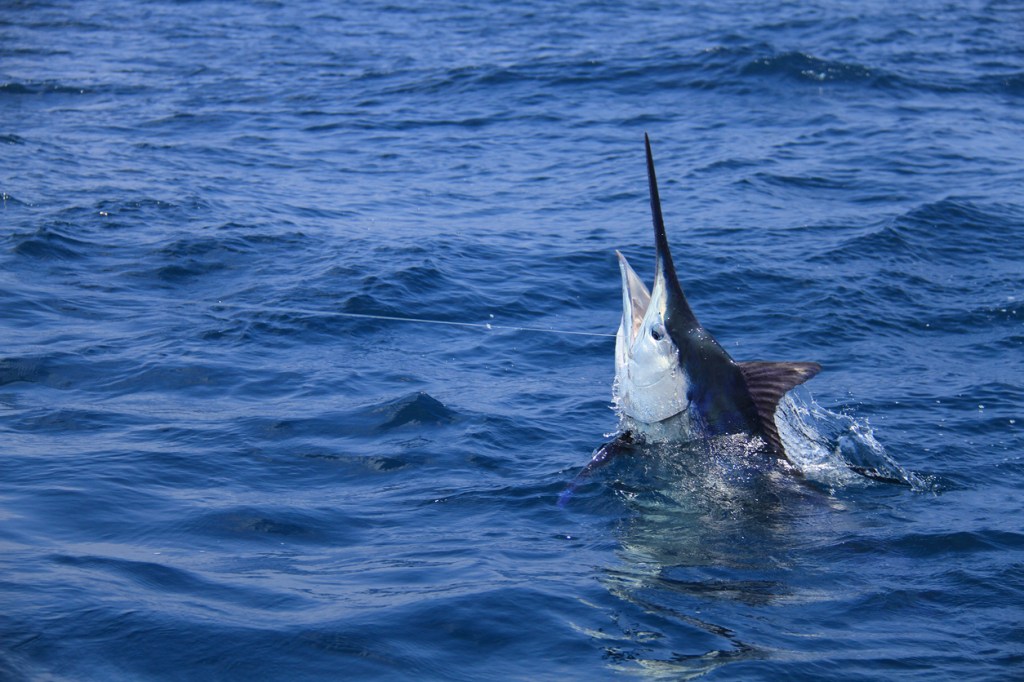 Angler John Nicholes reeled in the 6th grander of the year, a 1,009-pound Blue Marlin. He was assisted by Captain Zak Conde and mate Patrick Brogan.

Interestingly, they were fishing using a Dark-n-Stormy lure from Moyes and this is the 8th grander landed using that lure. So if you’re in the business of trying to catch granders, and you don’t have a Moyes Dark-n-Stormy (made by Andy Moyes, available at tackle shops) on your boat you’re clearly not doing it right.

Look at how massive this fish is when you see it next to the fighting chair on the boat.

I mentioned above that the Moyes Dark-n-Stormy was the lure used to catch this grander. Andy Moyes is the man who makes all of these lures by hand, and I thought you guys would appreciate this.

For anyone out there wondering what a lure like that costs, they start at around $109 online. I don’t need to tell anyone how expensive that is for a single lure but big game fishing is an expensive sport. Michael Jordan’s boat is estimated to be worth $8 million! So a bunch of $109 lures here or there isn’t even a drop in the water compared to what a crew like that spends on gas, salaries, travel, gear, tackle, permits, tournament fees, docking fees, etc.