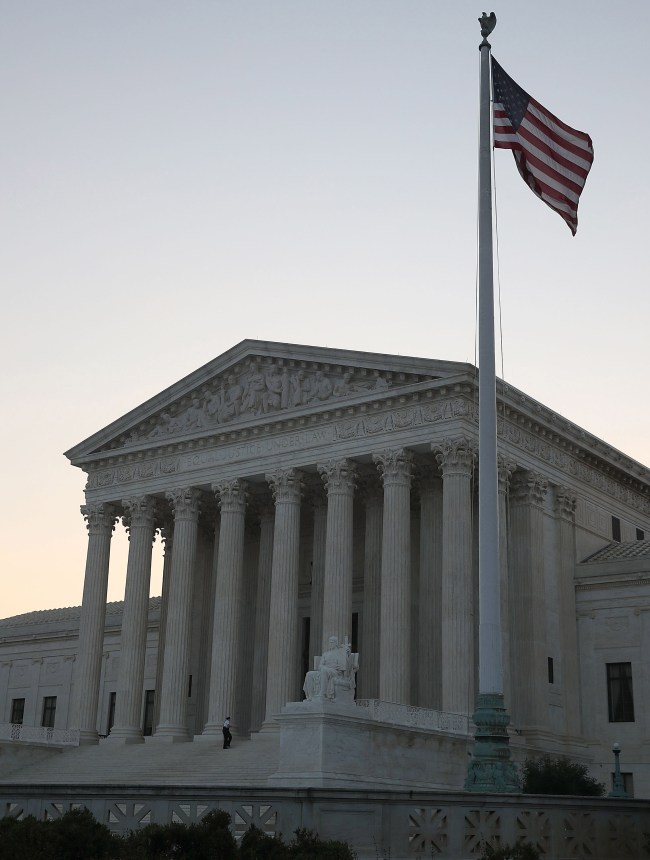 The SCOTUS will decide by June 30 (likely in April or May) if it will overturn a federal ban prohibiting single-game sports betting in every state but Nevada. According to a new report by Eilers & Krejcik Gaming, should that occur, 18 states would look introduce sports better legislation before the end of 2018; with the expectation that bills would pass in 11 of them. The firm believes that upwards of 30 states will ultimately pass sports gaming laws, citing David Schwartz’s (director, Center for Gaming Research, UNLV) observation that there’s a “historical trend of states turning more to gambling”.

Howie Long-Short: Tax revenue is driving states to draft gambling legislation, but even if a state passes their bill prior to the SCOTUS issuing its decision on Christie vs. NCAA; this isn’t a plug and play situation (i.e. casinos aren’t opening a sportsbook the next day), hurdles remain. Brett Smiley, the Editor and Chief of SportsHandle, reminded a giddy Fan Marino “sportsbooks will still have to find quality personnel, including experienced sportsbook directors; which are in limited supply. There must be the right infrastructure, sensible rules and regulation; integrity monitoring, software, employees who understand it, and of course a tax structure that won’t doom the sportsbooks (i.e. 35% in PA) before they take their first bet.” In other words, don’t expect to be placing early season baseball bets at your local casino.

Fan Marino: If a bettor picks the winner of six horse races in a row, he/she is said to have hit a “Pick-6”. On December 29th at Gulfsteam Park, a bettor won 5 races in a row and appeared to be closing in on the 6th (and $571,744 in winnings); with his horse pulling away as it approached the finish line. What happened next, you must see to believe.

Peloton, known for reinventing the stationary bike, introduced an internet-connected treadmill offering on-demand built-in live workouts, at CES on Tuesday. Designed to mimic the boutique fitness studio class experience, the $3,995 Peloton Tread offers workouts for athletes of all levels; accounting for their varying tastes in music. The hardware includes an HD touchscreen 3x larger (32 inches) than the one on the Peloton bike, ensuring the user maintains a clear view of the screen when he/she steps off the machine to do floor exercises; along with a 20-watt sound bar and 59 individual shock absorbing-slats (as opposed to a single belt), reducing the impact on the user’s feet. The company also announced it would be introducing additional equipment, like weights, though no pricing info was disclosed.

Howie Long-Short: In 2016, the company tripled its annual revenue to $170 million. The treadmill market is 5x larger than that of the stationary bike, so the new product should help keep revenues rising. The digital health start-up with 8,000 classes, 600,000 subscribers (at $39/mo.) and 29 retail locations, closed on $325 million Series E financing round in May 2017 (among the largest digital health deals of the year) with a valuation +/- $1.25 billion. The company has raised nearly a half billion dollars to date ($444 million), but nearly all that money is privately held. There is one way to play Peloton though, NBCUniversal (CMCSA) was one of 8 investors to have participated in the most recent investment round.

Fan Marino: CEO John Foley is quick to note that Peloton isn’t competing with legacy equipment providers NordicTrack or ProForm, “hardware companies” of “yesteryear”; seeing his unicorn but at the nexus of “fitness, technology and media”. In his opinion, it’s not Peloton’s hardware that has created its rabid following, but the “content, software, community motivation, and programming” that makes their products “super engaging and super fun.” I’m not sure high-intensity cardio workouts are fun, but at least they’ll be affordable to the masses; Peloton introduced a financing plan reducing the monthly price of the treadmill to roughly 2 gym memberships.

Prevent Biometrics introduced a real-time concussion-sensing smart mouth guard at the International Consumer Electronics Show in Las Vegas, on Tuesday. The Head Impact Monitor System (HIMS) provides empirical evidence an athlete suffered brain trauma, alerting coaches upon impact to ensure the athlete receives medical treatment. HIMS also records data pertaining to the number of hits an athlete sustains and the impact of each collision; offering details on the rotation, force and location. The product underwent beta testing during the 2017 season with several college programs, the NFL plans to test the device this offseason and the company hopes to have the hardware available to the public (priced at $199) in time for the 2018 season.

Howie Long-Short: In April 2017, Prevent Biometics closed on a $6.5 million Series B financing round ($9 million raised to date), led by Murata Manufacturing; capital that is being used for additional technical development and to support the launch of HIMS. Murata Manufacturing (Japan-based), a global leader in electronic components, wireless modules and materials, is traded over the counter under the symbol MRAAF. On October 31st, the company reported mixed Q2 ‘17 results; net sales were up 10% YOY, but when you accounted for depreciation, amortization and investments to expand production capacity, operating income was down 8% YOY. The company also revised down full-year earnings expectations at that time; accounting for increased production costs, low demand for profitable products and an increase in investments made.

Fan Marino: Cam Newton took a vicious shot the head during Sunday’s game against the Saints, falling to his knees as he attempted to slowly reach the sideline. The Carolina QB visited the team medical tent on the sidelines and returned to the game on the next series; violating NFL concussion protocol that requires players who exhibit “gross motor instability or significant loss of balance” be taken to the locker room for evaluation. Newton later said it wasn’t a head injury (you can watch video, here), but an issue with his eye. If the NFL is serious about protecting its players, requiring smart mouth pieces and monitoring head trauma on the league level would be a reasonable place to start.